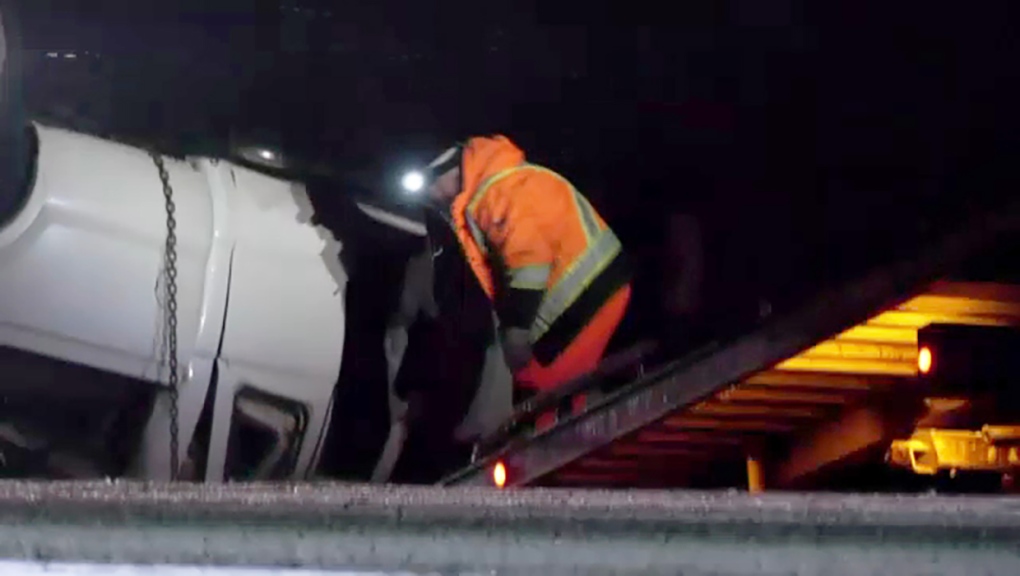 A Jan. 27 crash on the Trans-Canada Highway west of Calgary claimed one life and sent three people to hospital.

CALGARY -- One person is dead and three others were injured when an SUV left the road and flipped along the Trans-Canada Highway late Wednesday afternoon.

The incident took place just before 6 p.m., along the westbound lanes of the highway near the Old Banff Coach Road overpass.

EMS officials confirm one person was pronounced dead on scene.

Three others were transported to hospital by ambulance. At the time of transport, one person was considered to be in serious but stable condition while the others suffered minor injuries.

The ages and genders of the deceased and the injured have not been confirmed.

An investigation into the fatal rollover is underway.