Crews responded just before midnight to the 100 block of 9A Street N.E., in the community of Bridgeland, following reports that a woman and two men were trapped inside a burning building.

Upon arrival, fire crews encountered heavy smoke and flames were shooting from the building’s roof.

Firefighters located a woman in her mid-30s at the back of the home and she was transported to hospital with severe smoke inhalation.

The search for the two men continued as crews began aggressively dousing flames on the main floor.

A man in his 30s was found unresponsive on the second floor. Paramedics transported him to hospital where he later succumbed to his injuries.

Additional Calgary Fire Department resources were called in for support and the fire was brought under control.

The third person  — a man in his late 30s —was found uninjured in the home’s garage. 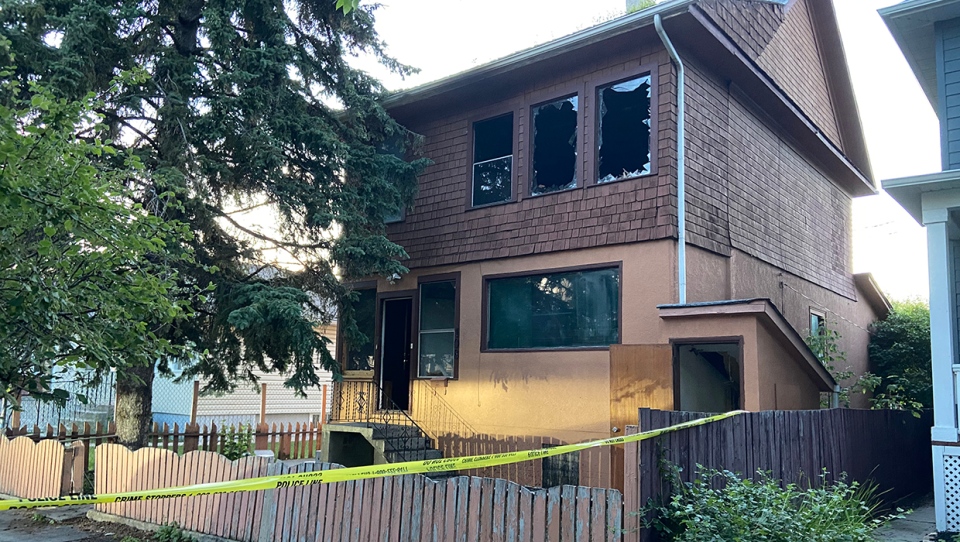 CFD Battalion Chief Allistair Robin said his team of firefighters were able to contain the blaze relatively quickly, but awareness was heightened with life-saving as the number one priority.

"We had to ensure that the building hadn’t sustained enough fire damage so that we could actually walk on the floors," said Robin. "So there was definitely some big decision making and time involved,

"We did the best we possibly could to contain the main body of fire on the main floor and our crews did a good job of ensuring no other homes in the area were damaged."

As of 7 a.m., firefighters remain on scene to ensure hotspots don't reignite. ATCO and ENMAX teams have restored utilities to the area.

The exact cause and origin of the fire have not been confirmed. A fire investigator was on scene early Thursday morning working alongside a Calgary Police Service arson investigator.

Calgary police say the home is known to them, describing it as a "flop" residence with suspected drug activity where multiple people were seen coming and going from the building at all hours of the day.

Anyone with photos or videos of the fire is asked to send them to the Calgary Fire Department's public information officer.

One man is dead and another woman injured after flames ripped through this two story home on 9A Street NE in Bridgeland.

Crews were called just before midnight Wednesday for reports of three people trapped inside the home.