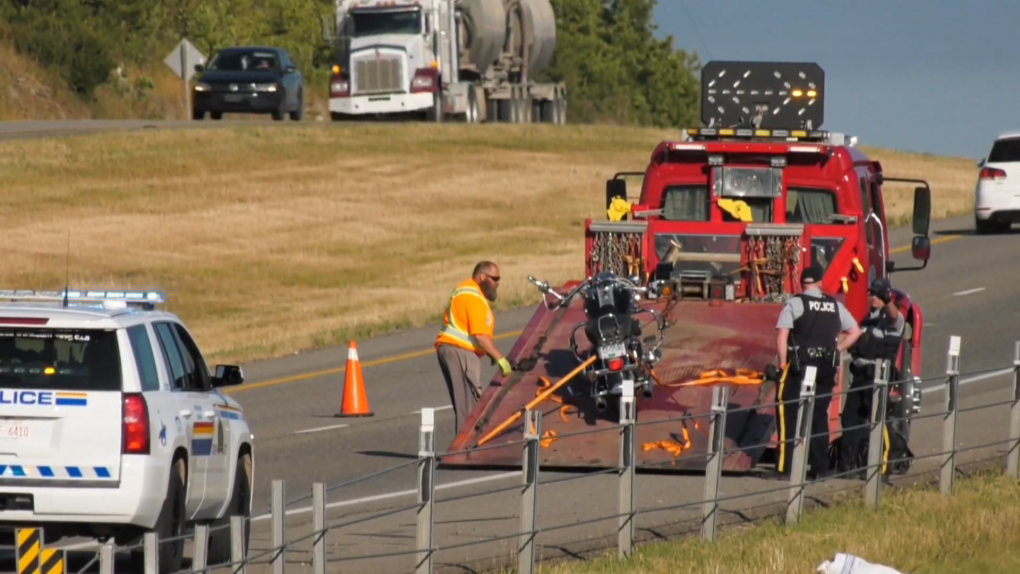 A motorcycle fastened on a tow truck following Wednesday morning's crash on the Trans-Canada Highway west of Calgary.

One person is dead and westbound traffic on the Trans-Canada Highway has reopened following a morning crash west of Calgary.

Details regarding the number of vehicles involved and any additional injuries have not been released, but Mounties confirm one person has died.

The crash victim had been riding a motorcycle at the time. Their age and gender have not been released.

One westbound lane of the highway was closed to traffic following the crash but reopened at around 9:30 a.m.