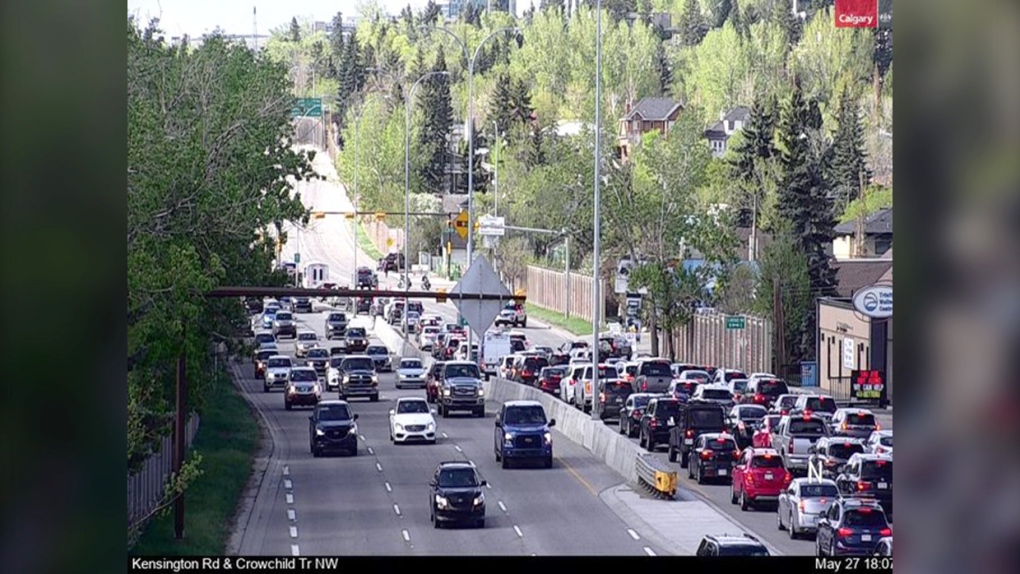 CALGARY -- A man in his 60s is in hospital in serious but non-life-threatening condition after being involved in a multi-vehicle collision early Thursday evening, according to EMS.

The incident took place around 5:30 p.m. at the intersection of Crowchild Trail and Fifth Avenue N.W.

It appeared that a motorcyclist drove into the rear of a small vehicle, with the biker ending up on top of the car after lodging his motorcycle in the bumper of the small car.

The people in the car were said to be in stable condition.

Traffic was disrupted in the area for several hours.