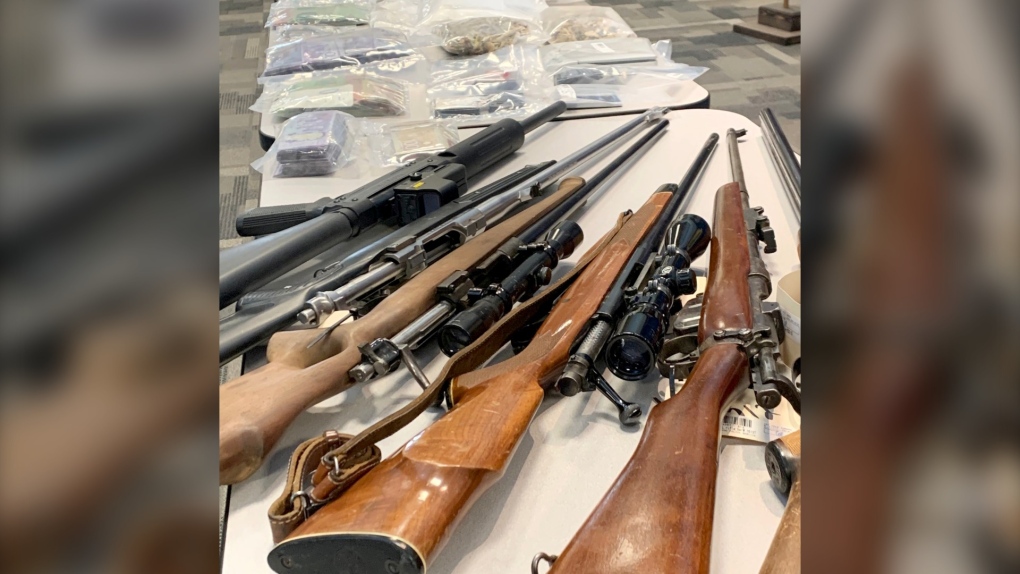 Five people are facing charges after an investigation by the ALERT Lethbridge organized crime team resulted in 10 firearms and nearly $3250,000 worth of drugs being seized.

The investigation was launched in March 2020 and the homes were searched on Jan. 21 in the neighbourhoods of Sixmile, Uplands, The Crossings, Legacy Ridge, and Fairmont.

Police seized a number of items, including:

The seized firearms — which included a prohibted handgun, two shotguns, and seven rifles — will be subject of forensic analysis. The cash and vehicles will be sent to the provincial civil forfeiture office for review.
Police allege the suspects were part of a group supplying drugs throughout Lethbridge and the surrounding area.
“Organized crime harms our communities, and drug trafficking breeds violence, addiction, and ancillary crimes," said ALERT CEO Supt. Dwayne Lakusta.

"This investigation is further testament to ALERT’s success in working alongside our partner agencies to disrupt and dismantle organized crime."

Five people are now facing 19 charges related to drug and firearms offences, including:

Anyone who suspects drug or gang activity in their community can call local police or contact Crime Stoppers at 1-800-222-8477.