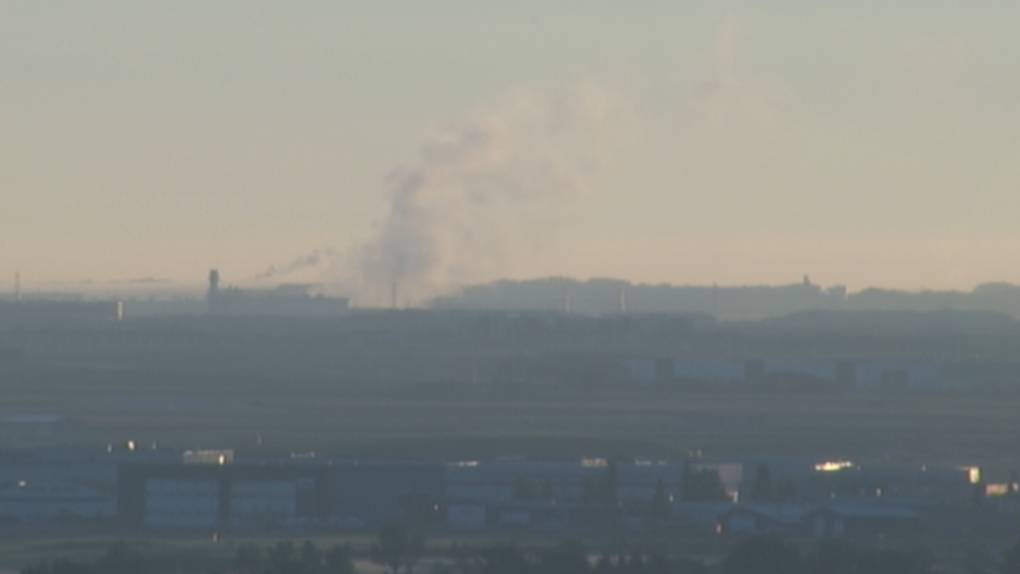 Smoke from a Wednesday morning scrapyard fire in the Saddle Ridge Industrial area was visible throughout northeast Calgary.

An investigation is underway into the cause of a Wednesday morning fire at a scrapyard in northeast Calgary near YYC Calgary International Airport.

Calgary Fire Department crews responded to the 7700 block of 40th Street N.E., in the Saddle Ridge Industrial area, at around 5 a.m. for reports of fire.

Fire officials confirm 10 vehicles and a shed caught fire but, as of 6:30 a.m., the fire was under control.

Firefighters were expected to remain on scene throughout the morning to monitor hotspots and keep tabs on a pressurized cylinder located near to where the fire broke out.

No injuries have been reported. A fire investigator was on scene surveying the damage for the source of the fire.