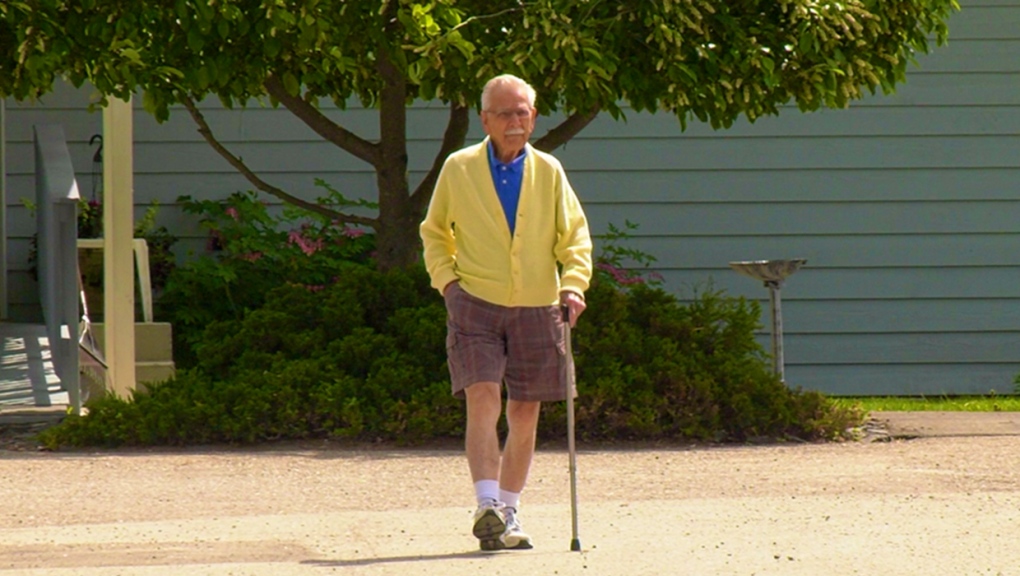 Jim Ashworth, the 101-year-old Invermere, B.C. veteran, is set to complete his 101-block fundraising walk in the coming days

INVERMERE, B.C. -- Not many centenarians tackle fundraising walks, but Jim Ashworth is not your typical 101-year-old. The Invermere, B.C. resident is on the verge of completing his personal goal of walking a total of 101 blocks to raise money for the local food bank.

Ashworth has been walking a few blocks each day towards his goal and expects to reach his target this weekend.

"So it was one way to do something back to the valley," said Ashworth. "There's so many good volunteers, (it's) a great place in the world to live right here, and we've got to protect the kids."

A former Air Force pilot, Ashworth is a recipient of the Burma Star.  The idea of walking to raise money for charity came to him after two other Burma Star recipients held similar fundraising walks; one in England and the other in Victoria.

"I just can't sit and do nothing with that still hanging around, not too many of us (Burma Star recipients) left. So that's how it got started," explained Ashworth. "It was a happy, happy thing to do.  We know we won't reach a million (dollars) but whatever comes in, is going to be great. I'm happy for the whole thing seeing the way it's turned out."

In the three weeks he’s been walking, Ashworth has raised over $21,000 for the Columbia Valley Food Bank — an amount equivalent to 20 per cent of the charity’s annual operating budget.

"We, I can't even begin to express how happy we are that he's stepped up and volunteered to help us by doing this walk," said Lawrie Mack, chair of the Columbia Valley Food Bank. "What a gentleman. What a kind, quiet man who has lived a full life and appreciates it and wants to still give back to society."

Ashworth’s four-block daily walk takes him from his home to a nearby long-term care centre. Staff and residents often come to the windows to cheer him on and his neighbours frequently line the road waving and calling out to encourage him.

"He’s remarkable, he’s a remarkable guy, and I think it's great he’s trying to raise money for the local food bank," said Ashworth’s neighbour Ania Cronin. "I really, really like him. I think he’s a fine upstanding, excellent neighbour and a fine person all together." 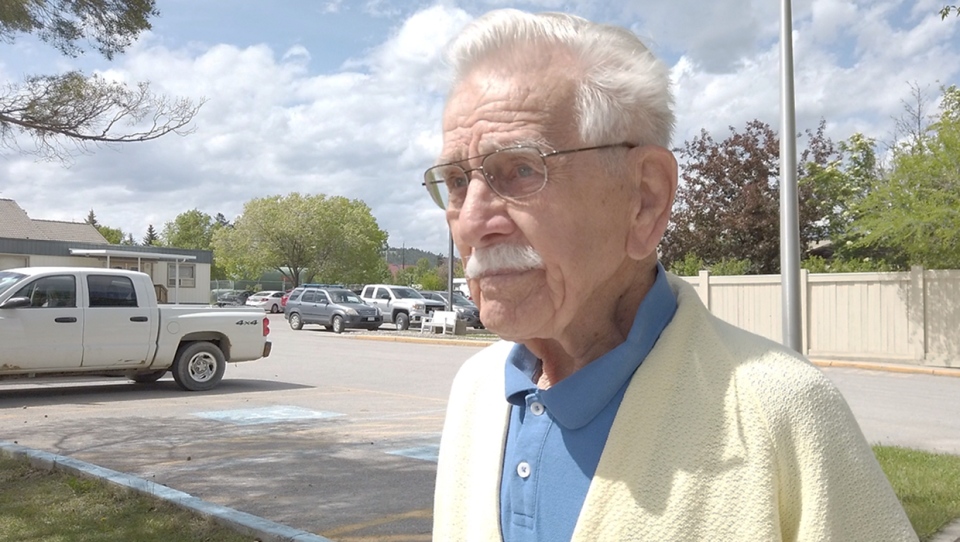 For a centenarian, Ashworth looks and acts like someone nearly half his age.

"Well, genes have a lot to do with it," explained Ashworth, referencing relatives who lived to 104 and 102.  "And of course proper eating and starting to live the right way after 50 years."

Even though he expects to hit his goal of 101 blocks over the first weekend in June, the senior says he has no plans to hang up his sneakers just yet.

"Positive thinking is big with me, it has been for some time," said Ashworth. "I'm going to keep right on going. Here we are lucky as all get out, and I'll do whatever I can to keep going."

To contribute to Ashworth's cause, visit 101 blocks for $101,000 for the Columbia Valley Food Bank.