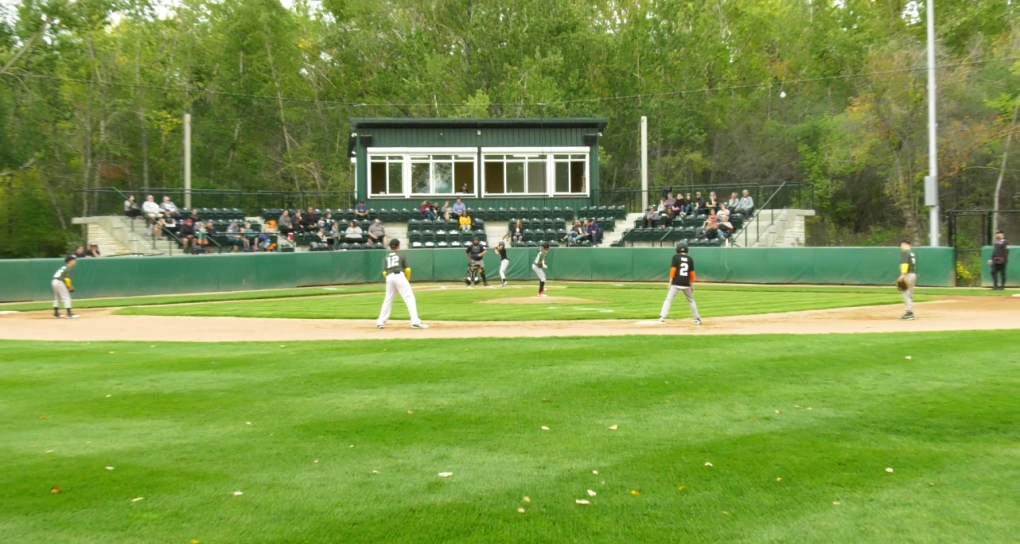 The Strike Out Cancer little league tournament was organized by Myles Messer, a 13-year-old from Calgary with personal experience with cancer.

A 13-year-old from Calgary with personal experience with cancer is, for a second straight year, raising money for the Terry Fox Foundation through a baseball tournament.

Myles Messer lost both his grandfather and godfather to cancer, his godfather most recently.

“It was heartbreaking because he was supposedly cancer free,” said Messer.

“We were at a house celebrating him being cancer free. Turns out he wasn’t. He passed away maybe a month later.”

Money raised will go towards awareness and cancer research at the Terry Fox Foundation.

“I think that if we can make a baseball tournament, it would be close to a lot of other people too.”

Messer raised $16,000 last year. He has already seen that total surpassed this year - topping more than $24,000 in donations in the last month.

Many of the donations were made at the Shaw Charity golf classic.

Messer added the idea to start a baseball tournament came when he was in his backyard.

“I was pretending to interview myself and I said, 'If you were to donate a bunch of money to one charity what specific charity would that be?'

"I said, 'Terry Fox Foundation, because it's close to me and Terry Fox is so inspirational.'”

National bobsleigh racers Ben Coakwell and Cam Stone were also in the dugout.