$145K worth of cocaine seized from rural home east of Airdrie 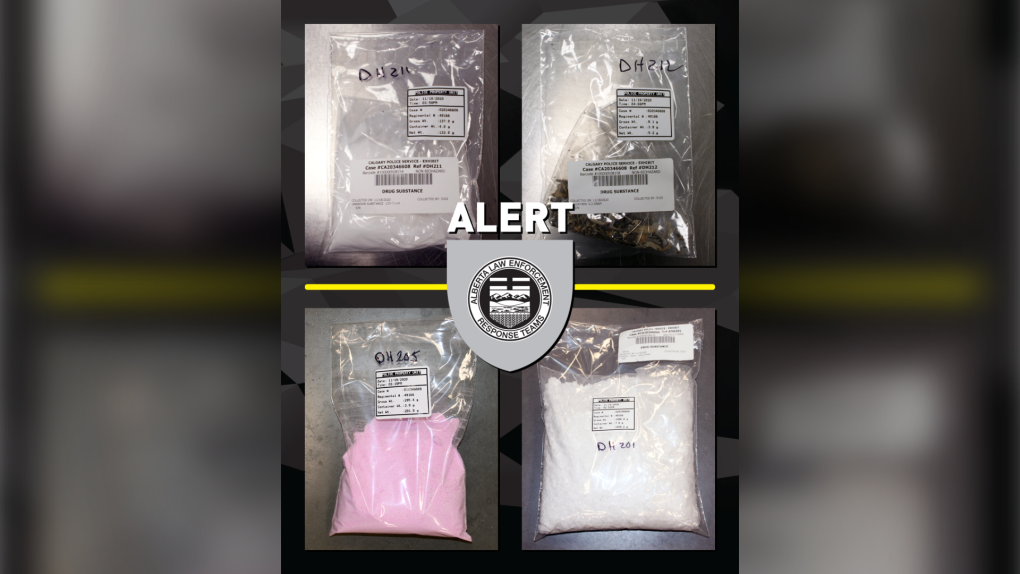 Drugs seized from a property in Rocky View County during a Nov. 18 search (ALERT)

CALGARY -- A 40-year-old Airdrie man, previously convicted of bringing illegal energy weapons into Canada, is facing trafficking charges following an investigation that unearthed significant quantities of drugs at a rural home northeast outside of Calgary.

Members of the Alberta Law Enforcement Response Teams (ALERT) organized crime and gang team, as well as RCMP and Calgary Police Service members, searched a home along RR 282 in Rocky View County,  east of Airdrie city limits, on Nov. 18, 2020 as part of an investigation that began in the summer.

The search led to the seizure of:

A 40-year-old man who lived at the home was arrested hours later during a traffic stop in Crossfield, Alta.

Jeffrey Bussey has been charged with:

The unidentified powders have been submitted to Health Canada for analysis.

ALERT officials confirm Bussey is known to police and was previously charged and convicted in 2018 after bringing illegal energy weapons into Canada from China.