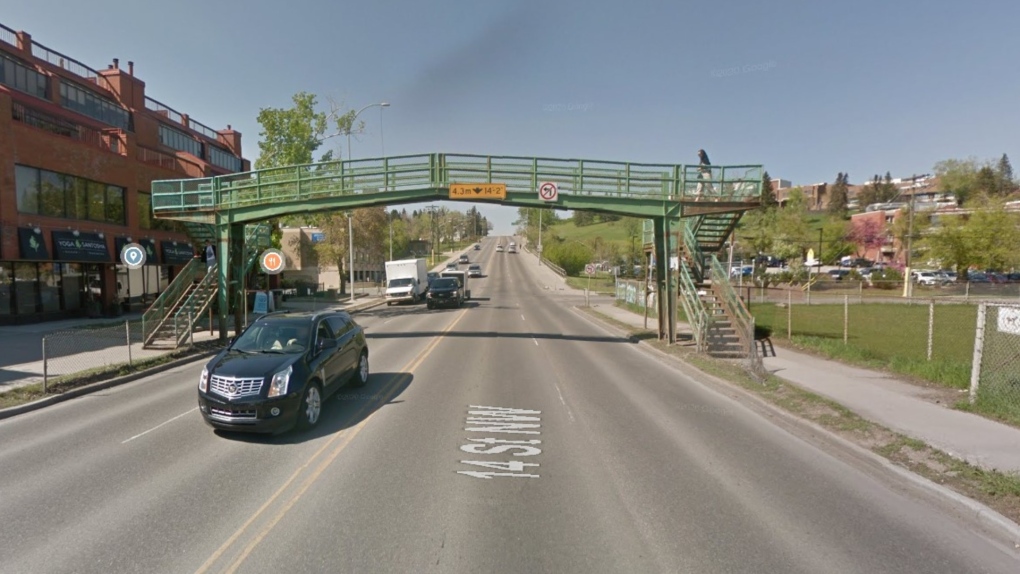 Community advocates say they'd like to see the 14th Street pedestrian overpass replaced with another overpass, but city officials say that would be too costly. (File photo)

CALGARY -- Community advocates worry the removal of a pedestrian overpass on 14th Street between Seventh and Eighth Avenues N.W. will leave children vulnerable as they walk to school, but city officials say the replacement crossing will ensure safety.

Originally built in 1959, the pedestrian bridge is being removed at the beginning of August and replaced with an at-grade crossing that will include a traffic light.

Hillhurst Sunnyside Community Association executive director Kate Stenson says the first her group heard of the project was an announcement earlier this month by the city and more community consultations should have been done.

"Some of the primary users of the current overpass are children, coming from the community and going to the school that's directly on the other side of 14th Street," she said. "So going from something that goes over the traffic, versus right across the street on 14th Street, which is incredibly busy, it's notorious for people speeding.

"There are lots of concerns just around the speed of people, especially coming down the hill and especially in winter when conditions could be slippery, with a crosswalk very close to the bottom of the hill and people maybe missing that it's there or not having enough time to stop once they see it."

A signal light will stop traffic and allow pedestrians to cross safely, said Charmaine Buhler, bridge maintenance manager with the city. The crossing is being placed at Seventh Avenue — just south of where the bridge now sits — which is 80 metres from the base of the hill.

"The additional distance will improve the stopping ability for motorists," she said.

The speed limit is also being lowered to 50 km/h through the area, however Stenson says they would like to have seen it further reduced to 30 km/h.

Before the bridge was built, Calgary police officers were posted at the crossing on school days — one of several in the neighbourhood patroled by officers — to ensure students crossed safely. 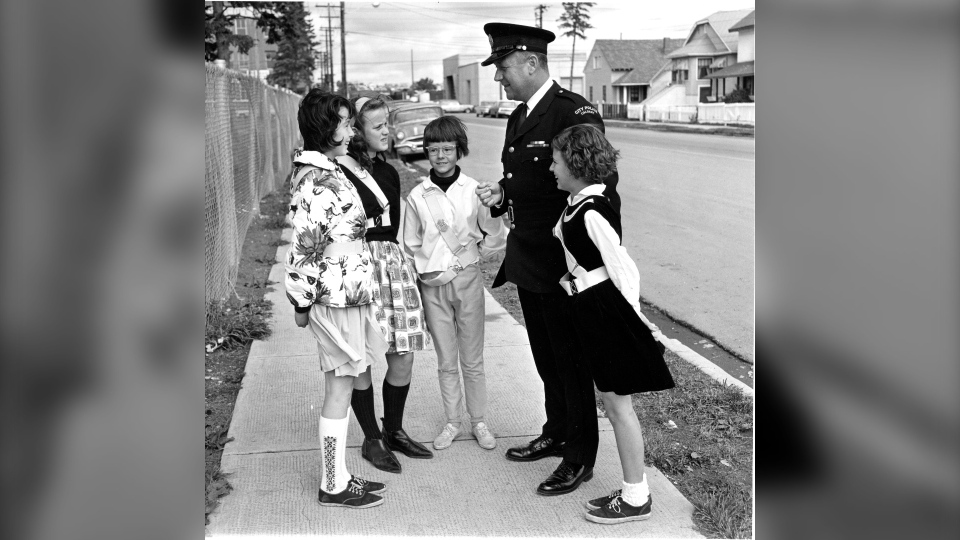 The city was constrained in their decision making by space and finances, meaning the only viable option was the one chosen, said Buhler. The current span is 4.3 metres high, which was standard when it was built, however those have since increased to 5.4 metres.

In order to build a new bridge, the city would have to purchase some adjacent properties, which is not in the current budget, said Buhler.

"In this case the decisions were driven by the condition of the bridge," she said. "Bridges built in the 50s were designed for a life expectancy of 50 years so this bridge well-exceeded its intended design life."

Buhler described the bridge's conditions as "very poor" and said the structure is also not considered accessible, as there are no ramps and only a staircase on each side.

The bridge is used by about 385 people per day, according to the most recent count.