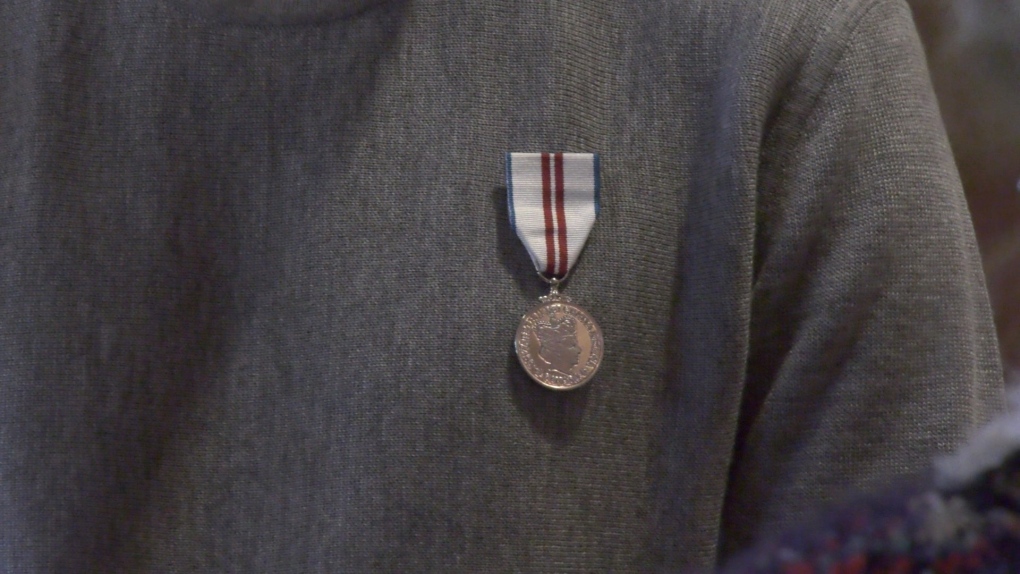 Monday at the Southern Alberta Ethnic Association, 19 Queen’s Platinum Jubilee medals were given to Lethbridge residents for donating time and resources to various charitable causes in the region.

One of those recipients was CTV News Lethbridge weather anchor, Dory Rossiter.

“Just in this room today, I would calculate over 2,000 hours, this year alone, of donated volunteer time out of all the people that were recipients today, so very proud to be one of them,” Rossiter said.

The recipients of the medals were nominated by the United Way, Volunteer Lethbridge and YMCA of Lethbridge.

Those receiving the awards say they know just how important it is and are honoured.

“It's an honour to receive this medal today. I think it goes a long way, looking around this room, the amazing community that is Lethbridge, the people that make it up, the organizations represented today,” said Devon Hargreaves with the Liberal Party of Canada.

While it was a happy day, it did involve some sombre reflection.

The medals were created to honour the late Queen Elizabeth II and the 70th anniversary of her accession to the throne.

This will be the last time a jubilee medal will be given out to honour the Queen.

“Well, for me, it's the last one that's ever given out, so that's certainly something I can wear with pride. And it speaks to the commitment that she had made and speaks to something that we can all learn from and carry forward,” said Danielle McIntyre, medal recipient and executive director of the Lethbridge Food Bank.

The event had everyone reflecting on their own personal connection to the Queen.

Rossiter recalls a time when she was able to meet the late monarch.

“I met Queen Elizabeth and presented her flowers when I was seven years old. So it's kind of emotional to me that, years later, here I am getting another one of her medals. So that touches my heart.”