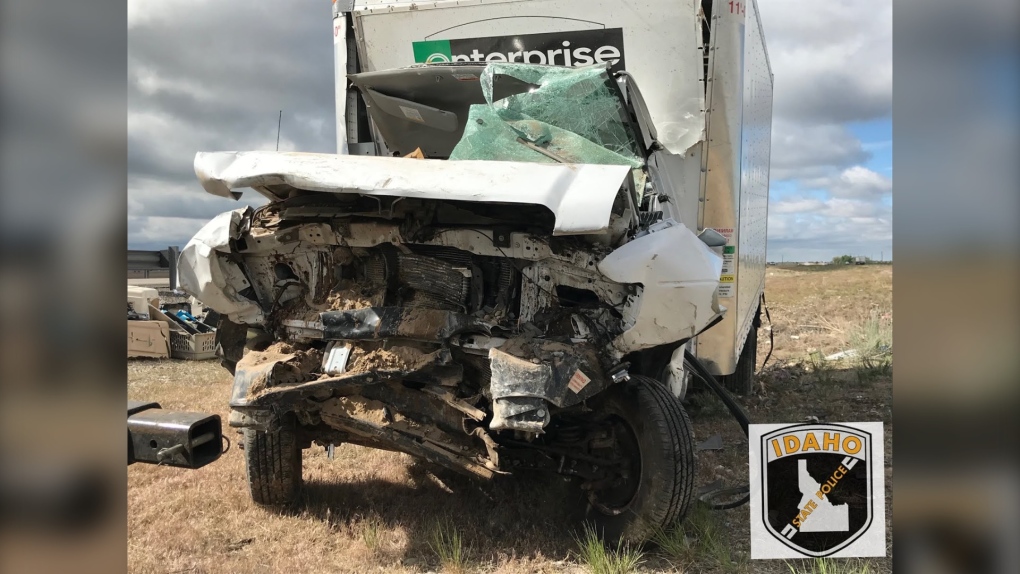 Idaho State Police released this image of a truck that crashed into an embankment near Shelley, Idaho, Friday morning. (Supplied)

CALGARY -- Officials say two people from Arizona, along with 14 dogs they were taking to an animal rescue organization north of Calgary, have died in a crash in Idaho.

Emergency crews were called to the scene on Interstate 15, just west of Shelley, Idaho, Friday morning.

State police say the truck was heading north when it lost control and went off the road. It crashed into the median, then struck an embankment. 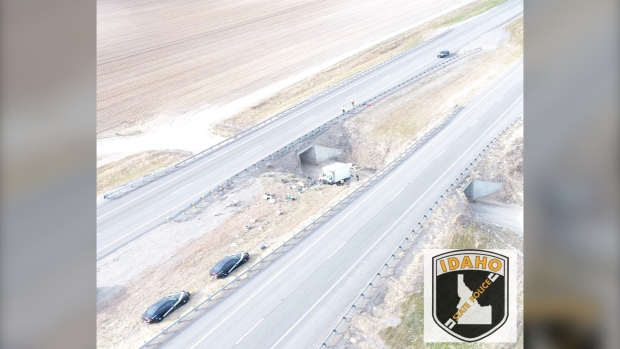 The vehicle was loaded with 48 dogs in kennels that were being delivered to an animal rescue organization in the Calgary area.

Fourteen dogs died in the crash and 18 are being cared for by other rescue groups in Idaho. The 16 remaining dogs are unaccounted for.

The double fatal crash that also killed 14 dogs was reported at 6am this morning. 18 other dogs survived, some 16 remain missing. Anyone finding a stray near Shelley is urged to bring the animal to the Bingham County Shelter where vets are assisting. https://t.co/rk76Ao5sVH

There is no information on the driver and passenger that died.