CALGARY -- Calgary basketballers Kyle Landry and Jordan Jensen-Whyte grew up playing against each other, but these days they play on the same team: Canada's.

Landry and Jensen-Whyte are members of Canada's national three on three men's basketball team.  Right now they're training in Spain but later this month the team will be in Graz, Austria for an Olympic qualifier that they hope leads to Tokyo, in July, for the Summer Olympics.

Jensen-Whyte said they can hardly wait to get to Graz and start competing.

"We have a great group of guys that have grinded really hard the last couple of years here together and I'm excited to see what we're going to have out on the floor," Jensen-Whyte said. "I'm just super-excited."

There are four players on three on three teams because it's such a fast paced game.  Landry and Jensen-Whyte will be joined by Steve Sir of Edmonton and Toronto's Alex Johnson.

Canada is ranked number 10 in the world and they know the qualifier won't be easy.  There are 20 men's teams competing and only three will get a spot into the Olympics in Tokyo, Japan which are scheduled to run from July 23 to August 8.  Landry believes Canada is up for the challenge.

"It's definitely going to be a challenge but that's what getting to the Olympics is," Landry said.

"It's not supposed to be easy to qualify for the Olympics and you know we've got a really tough group." 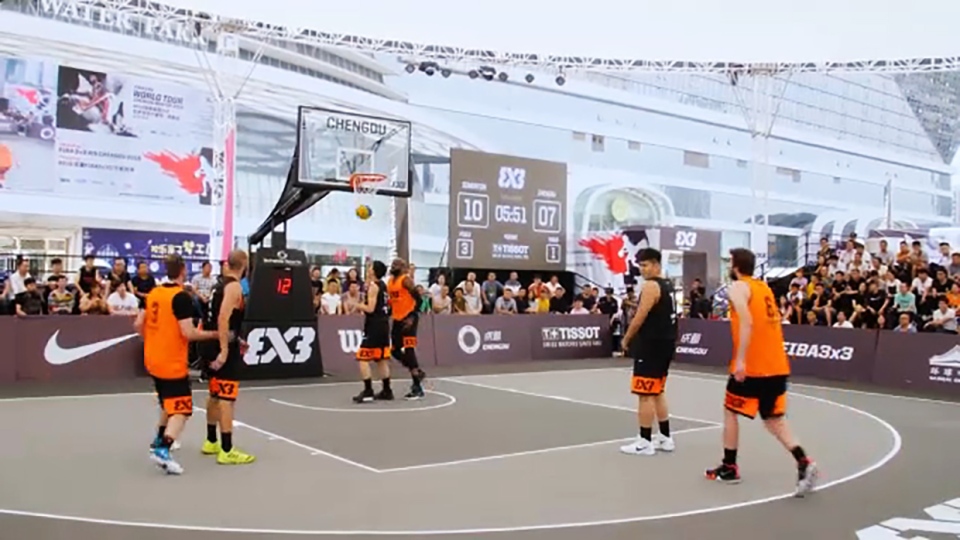 Canada's group at the qualifier in Graz includes Latvia, the Netherlands, Croatia and the host country, Austria. The three teams that get through will be a part of history because three on three is making its Olympic debut.

Landry said it's an exciting time for the players and it's a great way for the sport to grow.

"I mean the Olympics is the top spot for all sports," he told CTV.

"Once you get there your sport becomes a lot more legitimized and it's just going to put a lot more eyes on the sport."

Competing in the Olympics would mean the world to both Landry and Jensen-Whyte.  They're so close to realizing a dream and Jensen-Whyte said they're going to do all they can to make it happen.

"I mean as an athlete, not even a basketball player the Olympics is kind of the biggest and highest level you can got to.  To have an opportunity to do that is something I haven't taken for granted." added Landry

"Not matter when it is, a chance to go represent Canada and playing in the Olympics is something that would be incredibly special," Landry said.

"The chance to play in the Olympics is something that you know couldn't be matched."

The Olympic qualifier runs from May 26 to the 30 in Graz, Austria.