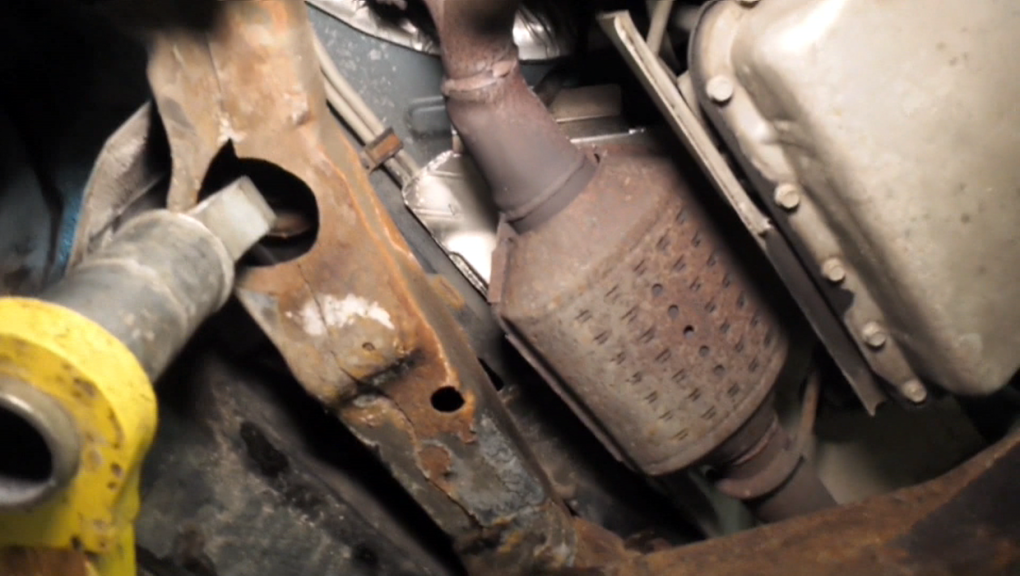 CALGARY -- Calgary police are cracking down on businesses who they say are fuelling the desire of criminals to steal an important piece of your vehicle.

Officials say two salvage yards operating in the City of Calgary have been charged with a total of 35 counts under Section 56 of the Business Licence bylaw after they were found to have purchased catalytic converters they knew were stolen.

The charges include failing to record information about the seller of a catalytic converter.

The parts are choice targets for thieves, partly because of how easily they can be removed from a vehicle and how they can be sold for the precious metals, like platinum, that reside within them. 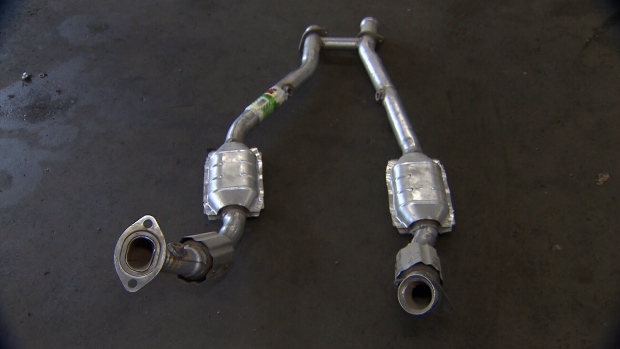 While Calgary police say they have a good relationship with many scrap dealers, there are a few that are not doing all they can to stop the thefts.

"Unfortunately, we are seeing that there are some businesses within Calgary not doing their due diligence and in some cases, knowingly buying stolen metals, which is driving the demand for these thefts," said Staff Sgt. Graeme Smiley of the CPS District Support Unit in a release.

Michael Briegel, acting chief licence inspector, says any business that break the rules set out in the Business Licence bylaw could be suspended or have their operating licence revoked.

"These complaints are very serious and have the potential to place both the public and businesses at risk," he said.

Police began an investigation into the thefts in February 2020 after they learned about a sharp increase in the number of the parts being stolen from vehicles owned by the public and by businesses. 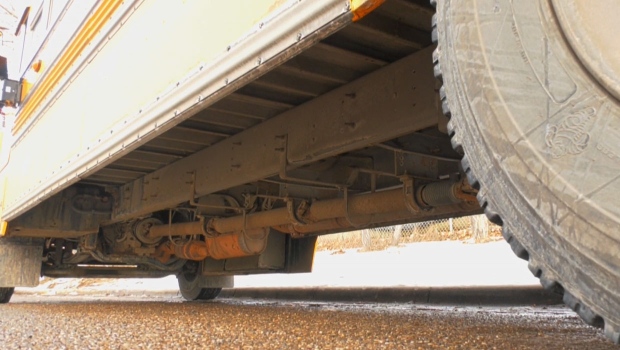 So far in 2020, there have been 280 reported incidents of catalytic converter thefts, with a total of 423 converters stolen.

It's a remarkable increase, given there were about 200 incidents reported through the entirety of 2019 and 48 in 2018.

Citizens can protect themselves from becoming a victim by:

Police also ask anyone to report any suspicious activity, including individuals performing mechanic work in unusual locations such as in a parking lot or on a residential street, particularly at unusual times such as overnight.

Citizens can provide information to police by calling 403-266-1234 or report crimes in progress by calling 911.