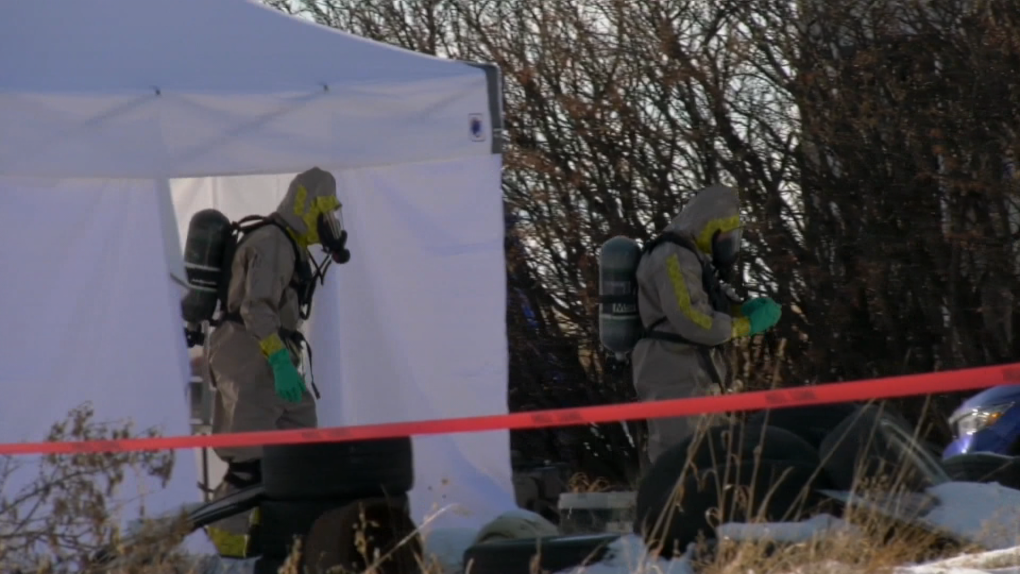 Emergency personnel in hazmat suits exit a tent at a property near the hamlet of Delacour, Alta. on Nov. 25 as part of a criminal investigation into suspected drug activity

CALGARY -- Two men are now facing charges and unknown, seized substances have been sent for testing following a three-day drug investigation at a property east of Calgary.

A large black plume of smoke spotted about 4 p.m. on Nov. 23 alerted authorities to a property near Delacour, Alta.
Upon arrival, authorities realized they had discovered a clandestine drug lab and entered into a drug investigation.

Illegal synthetic drug production tools were discovered at the property, including a variety of technical chemistry equipment, chemicals, solvents, and unknown substances which were seized and taken for sampling.

Multiple agencies were called to assist with the investigation, including RCMP K division's clandestine enforcement and response team, and chemists from Health Canada's drug analysis section.

Alberta Health Services assessed the property because toxic chemicals were discovered during the investigation.

They are scheduled to appear in Airdrie provincial court on Dec. 3