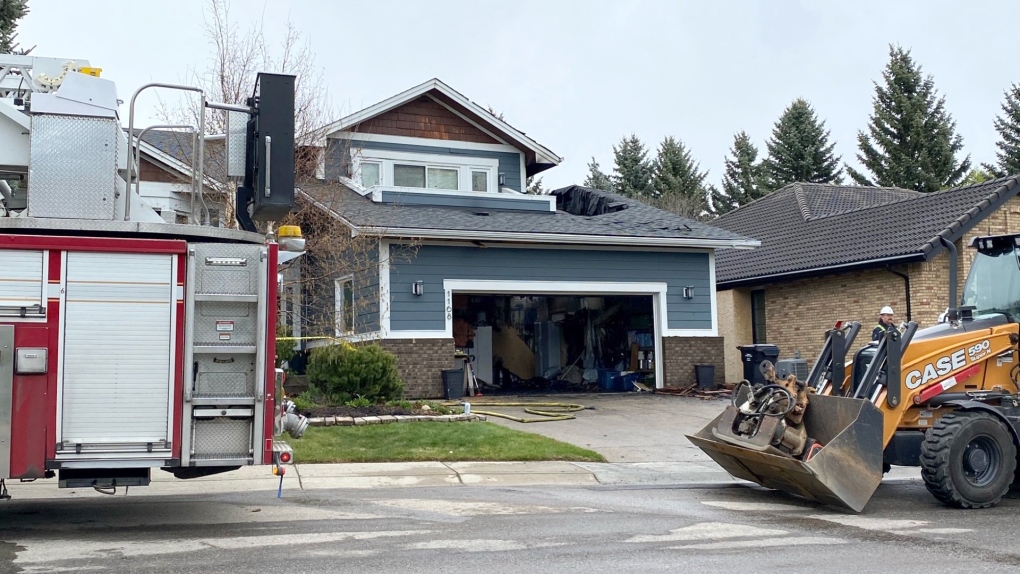 Fire crews were called to a home in the 1100 block of Varsity Estates Drive N.W.

Crews remained at the scene of a house fire in the northwest community of Varsity on Wednesday morning.

Firefighters were called just before 3:30 a.m. to reports of fire between two homes in the 1100 block of Varsity Estates Drive N.W.

No injuries were reported but two people have been displaced due to "significant damage," according to the Calgary Fire Department.

The fire is considered suspicious and an arson investigator has been brought in.

"Fires that start on the outside (and in the middle of the night) are especially dangerous due the quick growth and spread of the fire along with the fact that smoke alarms inside will only activate once smoke and fire has made its way into the house at which point residents only have seconds to evacuate," read a release.

"Also, fires that start in the middle of the night such as this one are not noticed right away as most people are asleep, thus they tend to be larger and more dangerous once they are discovered and called in to 911."

Anyone who has video of photos of the fire is asked to email piofire@calgary.ca.