Calgary firefighters were called to a two-alarm fire in a northeast community on Sunday and officials say two homes were damaged.

The Calgary Fire Department was called to the scene along Martin Crossing Way N.E. at approximately 10:30 a.m. for reports of a fire.

Officials say when firefighters were heading to the scene, it was clear they needed to have more equipment to help out.

"A second alarm was called to insure adequate resources due to the volume of smoke and fire visible from a considerable distance away," CFD said in a release.

"The first apparatus on scene reported a working fire involving two separate single family dwellings. On arrival, immediate efforts were taken to control the fire through an aggressive exterior fire attack, transitioning to an interior fire attack to ensure they were able to get at the seat of the fire in both homes." 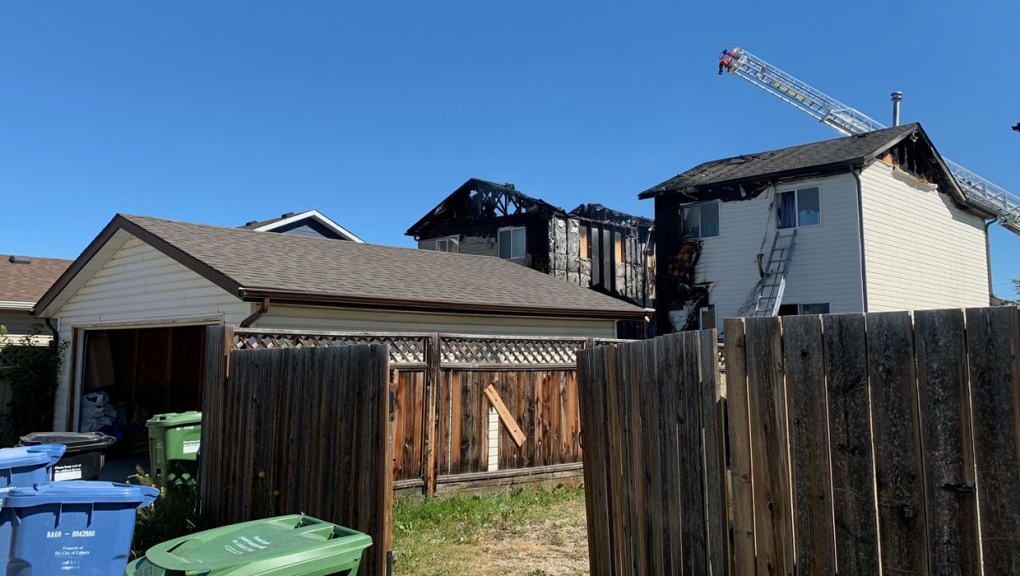 Dhruba Niraula lives across the street and said he was asleep when the fire broke out.

“One of my daughters she called me and said ‘Dad, dad, there is a fire!’ I was about to run away with my important documents,” he told CTV News.

Niraula and his family just moved to the neighbourhood a few months ago.

He said he was scared for the safety of his three children and wife.

“Fire was burning, I was thinking it was going to come to my house as well because it was very close by,” he said.

Esperanceal Fani also lives in the neighbourhood and said the situation left her feeling on edge.

“I felt a little scared and I was worried for the people that live in those houses and I wanted to make sure that they were okay and safe and sound,” she said.

The homes suffered significant damage but it appears that no one was hurt.

Eleven adults and two children, the occupants of both homes, have been forced out for the time being.

Niraula didn’t know his neighbours before this, but decided to invite them inside to offer some help in a difficult situation.

“What type of help they want to get from me, I am always ready to help them out,” he said.

The investigation into the cause is underway. Anyone with any photos or video of this fire, prior to the arrival of the fire department, is asked to please email them to piofire@calgary.ca.

This northern territory is the set of Indigenous-focused slasher movie

Canada's largest territory is the backdrop of an Indigenous-focused alien movie that follows a ragtag group of teens fighting to save their community.

Thanks to the James Webb Space Telescope, a team of Canadian astronomers were able to spot the most distant and possibly the oldest star clusters ever discovered.

A 66-year-old Montreal man who is quadriplegic says he is seeking medical assistance in dying because changes to his home care services are causing him relentless pain and discomfort.