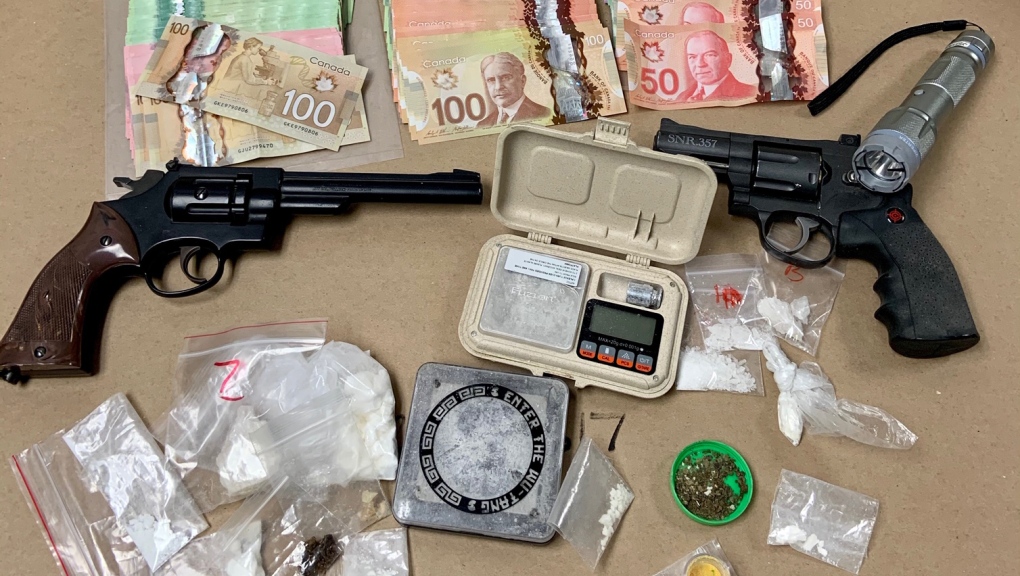 Earlier this month, officers observed activity consistent with drug trafficking at a home in the 1400 block of 12 avenue.

Police obtained a search warrant and, on Jan. 20, a resident from that home was arrested during a traffic stop.

A number of items were seized during a search of the home and vehicle, including:

There was a three-year-old child inside the home who was picked up by a family member. Child and Family Services have been notified.

Police say the names of the two people charged will not be released to protect the identity of the child.

A 28-year-old Lethbridge woman has been charged with willfully causing a child to be drug endangered under the Drug Endangerment Children Act and has been released from custody to appear in court on Feb.16.

A 31-year-old Lethbridge man is facing numerous charges including:

He has also been released from custody to appear in court on Feb. 16.