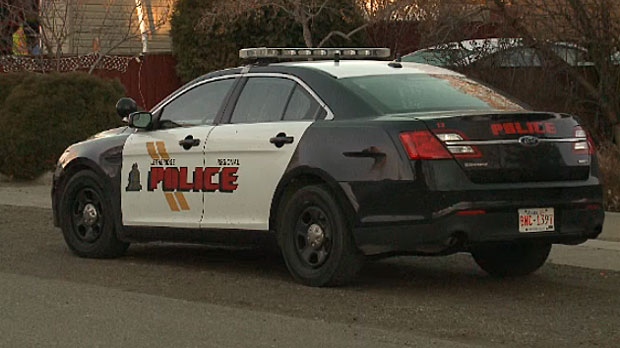 Lethbridge police say the driver of the taxi was treated by EMS for injuries that are not life-threatening.

LETHBRIDGE — Two women have been arrested and charged in the armed robbery of a 68-year-old taxi driver in Lethbridge Monday morning.

Police say the taxi was dispatched to pick up a customer at the 7-Eleven on 13th Street North and when he arrived, two women got in the cab.

During the ride, the woman riding in the passenger seat pulled a knife, while the woman in the back drew a gun and threatened to hurt the driver.

Police say the driver pulled over and the man fought with the robbers before he escaped without his cash, cellphone or tablet.

The women got away in the cab, which was later found empty in an alley on the north side of town. Two sets of footprints led police to a home in the 2000 block of 13 Avenue North where one suspect was arrested without incident.

The second suspect was arrested later at a cordon point set up by police. The cellphone, knife and tablet were recovered. Police did not say whether or not the gun was recovered.

The taxi driver was treated by EMS for injuries that were not considered life-threatening.

Kimberlie Rose Eagle Speaker, 31, and Jessica Mae Eagle Speaker, 38, both of Lethbridge are both facing several charges, including robbery, possession of a dangerous weapon and theft of a vehicle.

They have both been released and are scheduled to appear in court later this month.