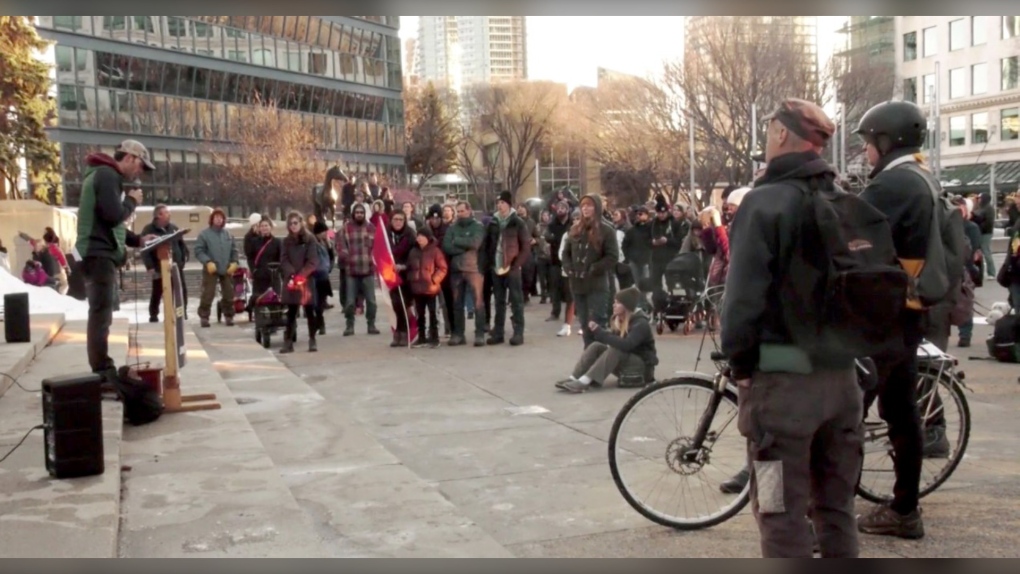 Anti-mask and anti-lockdown protesters gather in Calgary recently. A total of 21 tickets have been handed out to people not wearing masks since August. (File photo)

CALGARY -- Calgary police and bylaw officers have ticketed 21 people for failing to wear a face mask since they were made mandatory on Aug. 1, with six of those being handed out in the last week, city officials said in an update Thursday.

Some of those six are related to recent anti-mask and anti-lockdown protests held downtown and near city hall.

No tickets have been issued to businesses for failure to display signage in entryways of public indoor spaces.

Two of those tickets were given to organizers of the anti-mask rallies.

"Three additional tickets have been issued to event organizers in Calgary this week, including violations of the Parks and Pathways Bylaw (for holding an event without permit) and the Park Protection Bylaw (for attaching signs to trees)," city officials said in a release.

Three tickets were also given out for a religious assembly that took place in a location that didn't have an approved development or building permit. Those include fines of $3,000 each.

City officials said earlier this week the province has granted power to Level 2 bylaw officers in Calgary to issue tickets under the Public Health Act.