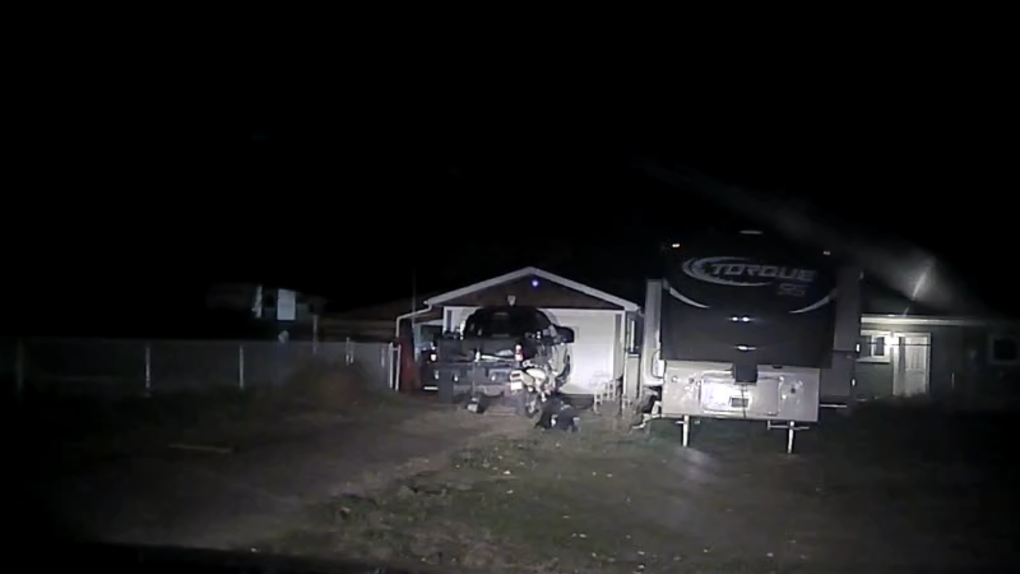 Three individuals were arrested at a rural property by the Strathmore RCMP following the discovery of a large volume of stolen property.

Strathmore RCMP say three people are facing charges after police uncovered a large amount of stolen property being stored at a rural property in Wheatland County.

Officials say police were called to the home near Carseland on Sept. 30 at approximately 1 a.m. to check up on an occupant living there.

When officers arrived, they recognized a travel trailer on the property that was stolen only days before and another trailer that was also determined to be stolen.

While RCMP were at the scene, a male emerged from the home, carrying an axe. Police say he was arrested without incident and a search warrant was obtained.

A 2015 Volkswagen Jetta stolen out of Calgary;

Various tools and equipment; and

Several pieces of identification not belonging to any of the property occupants, most verified to be stolen.

Police say four other people were arrested at the home, including two people who had outstanding warrants.

Three occupants were charged in connection with the investigation.

Michaela Felice, 21, of Airdrie, was charged with the same offences and was arrested on an outstanding warrant for 17 charges from the Calgary Police Service.

Travis Birch, 42, of Calgary was charged with the same offences as well as failure to comply with a release order. Birch was also arrested on a CPS warrant for 19 charges.

All three suspects were released on low cash bail with a promise to appear in court at a later date.

Strathmore RCMP say the investigation is still ongoing and more charges may be laid.