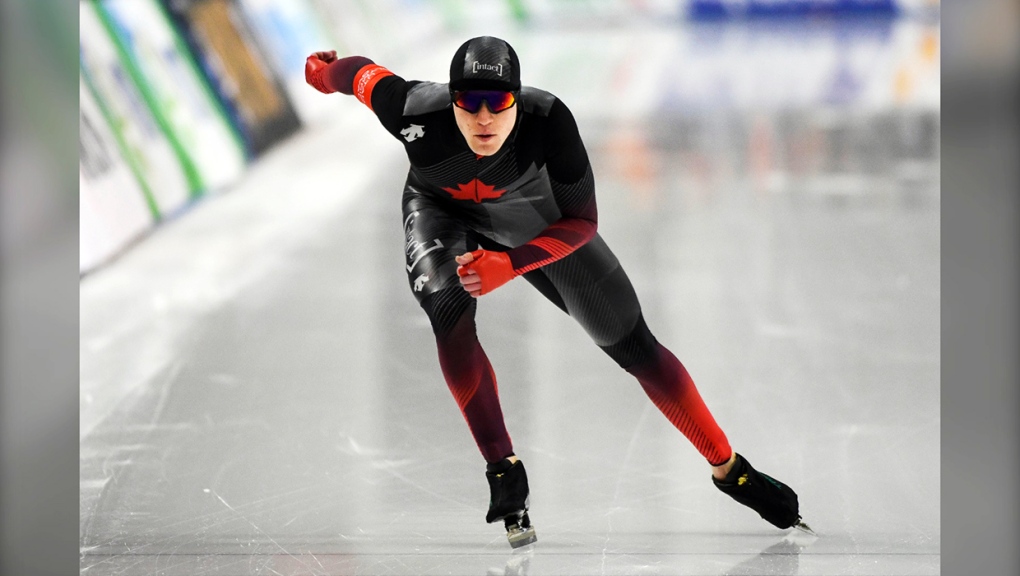 Ted-Jan Bloemen is one of three Calgary skaters who will participate in the first international tournament of 2021.

Following negative tests and a quarantine period, Canada's athletes entered the bubble for their first international competition since the start of the COVID-19 pandemic.

Calgary skaters Ted-Jan Bloemen, Kaylin Irvine and Gilmore Junio will lace up for the tournament, as well as Canmore-based skater Connor Howe.

Ivanie Blondin, who was born in Ontario but now resides in Calgary, will participate in four events, including the 1000m, 1500m, 3000m, and Mass Start race. Blondin has multiple podium finishes on the world stage, most recently capturing gold at the 2020 World Single Distance Speed Skating Championship.

Bloemen will compete in the 5000m, a race he set the world record for in 2018 at a competition in Salt Lake City.

Junio will compete in the 500m sprint, and has previously qualified for the Olympics for the race. In 2014, he gave up his qualifying spot to another teammate who had missed the qualifying event due to a fall. The teammate went on to win silver.

Canmore skater Connor Howe will skate the 1000m and 1500m contests, a skater who is relatively new to the world speed skating stage. Howe competed in international championships in February of 2020 before their season was shut down in March.

Heerenveen, Netherlands will host the international tournament which will run two events Jan. 22 to 24, and Jan. 29 to 31.

Skaters will have one weekend to recuperate before hitting the ice for the ISU World Speed Skating Championships that run Feb. 11 to 14.

Training has been difficult for the long track speed skaters throughout the COVID-19 pandemic, as Calgary's Olympic Oval's long track ice was closed in September due to a mechanical issue.

Most training has been done on dryland and at short tracks aside from a two week training camp in November in Fort St. John and sessions at the outdoor oval in Red Deer.

Speed Skating Canada said the athletes will look to utilize ice time in Heerenveen to train before their first races in more than 10 months.

They also said that the podium is not the focus of the Netherlands tournament, instead the focus will be on continuing to prepare for the 2022 winter Olympic Games in Beijing.

The Canadian National team's 2019/20 season was the squad's most successful international campaign in a decade, racking up 31 medals on the world stage.

Eligibility for this year's international tournament is based on results from the 2019/20 season due to countries' inability to host domestic competitions last fall.

Each athlete, coach, and staff member was given the opportunity to choose whether or not they wanted to participate in the competitions, based on how comfortable they feel about participating during the COVID-19 pandemic.