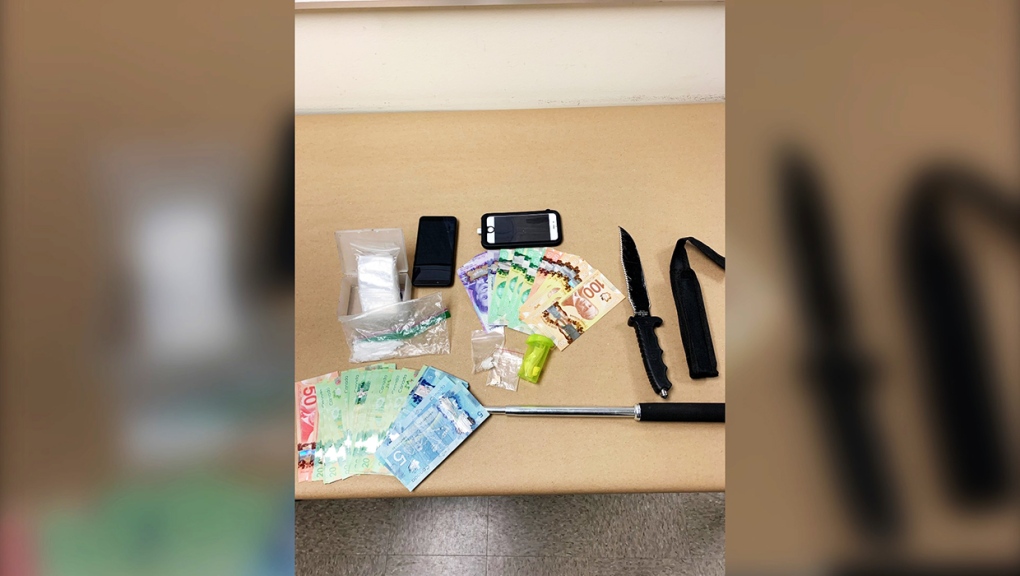 Three people face charges after a stolen vehicle was recovered in Lethbridge Tuesday, leaving to the seizure of weapons, drugs and cash.

Monday, members of Lethbridge Police's Crime Suppression Team, who were investigating drug trafficking, located a male driving a stolen truck. He met up with two women in a motel parking lot on Mayor Magrath Drive South, before the three entered a room.

When the man exited the room, he was arrested before he could leave in the truck. Police searched the man and recovered $1,100 in cash, quantities of methamphetamine and fentanyl, in addition to the keys to the stolen truck.

During a subsequent search of the truck, police seized an extendable baton, large knife and fake driver's license.

Police then knocked on the room of the motel, and when it was answered, saw a Conducted Energy Weapon (a taser). The two women were arrested and after a search warrant was obtained, police seized the taser, drug paraphernalia including a scale and packaging, in addition to three packages of fentanyl.

Lethbridge resident Shawntaya Gage Iron Shirt, 24, was charged with knowingly possessing a prohibited/restricted weapon and possession of a controlled substance. Iron Shirt was released from custody to appear in court Sept. 24.

Coalhurst resident Kayla Mae Robertson, 26, was charged with possession for the purpose of trafficking, possession of the proceeds of crime and knowingly possessing a prohibited/restricted weapon. Robertson was released from custody and is scheduled to appear in court Sept. 24.