3 charged after senior pushed, robbed of jacket in downtown Calgary 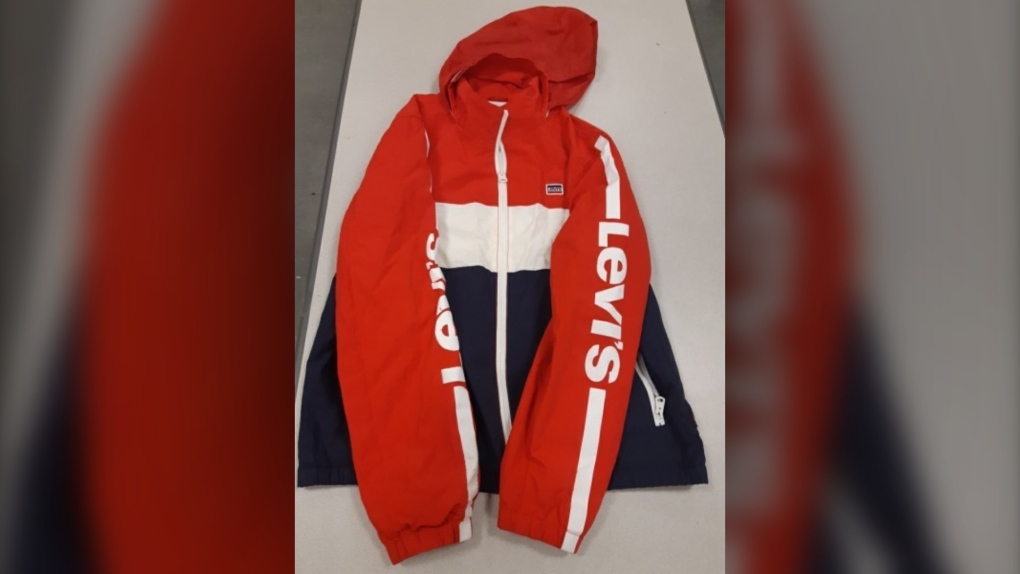 A senior has been reunited with his jacket and three people face charges following an investigation into a Sept. 22 robbery in downtown Calgary (CPS)

CALGARY -- Two adults and a minor face charges following an investigation into a September robbery where a group allegedly stole a jacket from a man in his 70s and pushed him to the ground.

According to Calgary Police Service officials, the senior was walking near the intersection of Sixth Avenue and Seventh Street S.W. at around 11 p.m. on Sept. 22 when he was approached by a group. The trio demanded the man's jacket and produced what appeared to be a handgun.

The senior was allegedly pushed and his head struck the pavement. The suspects allegedly removed the man's jacket and fled the area.

Good Samaritans attended to the injured senior before the arrival of emergency crews. He was later transported to hospital for treatment of his injuries.

"This was a senseless attack on a senior for no greater reason than the suspects wanted the victim’s jacket," said Staff Sgt. Jodi Gach. "This has had lasting impacts on the victim and could have been even more serious.

"These kinds of attacks will not be tolerated."

Officers located the stolen jacket following the search of a home in the 2700 block on 17A St. N.W. on Nov. 20. Three people now face charges.

Tyler McKenzie, 19, and Sydney-Lee Rosalie Saunders, 18, face several charges in connection with the investigation including robbery and possession of an imitation weapon for a dangerous purpose.

A 17-year-old girl, who cannot be named, has been charged with robbery with a restricted or prohibited weapon.

Police confirm the senior has been reunited with his jacket.