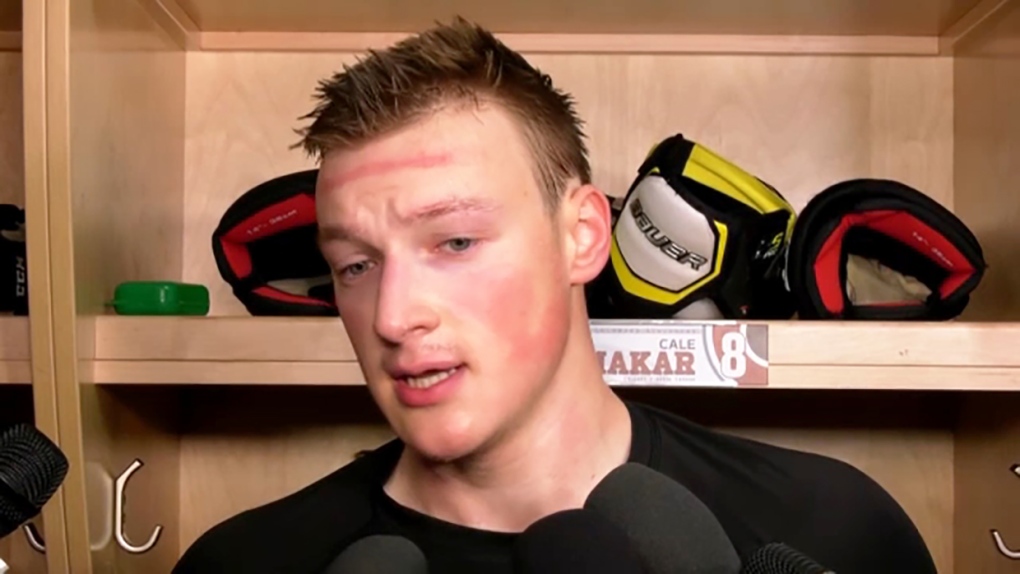 One Calgary legend presented the Norris Trophy to another budding one Tuesday night, while a trio of Calgary Flames were named to the NHL all-star team.

Meanwhile, Flames Assistant GM Chris Snow, his wife Kelsie and their children Willa and Cohen received a standing ovation from the crowd for their courage, perseverance and advocacy in the fight against ALS.

The Snow family collectively presented the Norris Trophy for best defenseman to former Brooks Bandit star and Calgary native Cale Makar, who is currently starring for the Colorado Avalanche in the Stanley Cup finals.

Makar thanked the Kroenkes, the owners of the Avalanche, for "giving us the tools to be a successful team," team management and his parents, who attended the ceremony.

Flames coach Darryl Sutter was previously honoured as the NHL's top coach, while Markstrom was the runner-up to Igor Shesterkin for top goalie.