CALGARY -- A home in Skyview was gutted in a Tuesday fire that left two other houses damaged.

Fire crews were called at 2:20 p.m. to 210 Skyview Springs Crescent N.E., where they encountered a fully involved house fire, with significant smoke and flames, and heavy winds a factor as well.

Crews took an aggressive attack on the blaze, launching streams of water from above on either side, which meant dousing neighbouring homes as well, according to Calgary Fire Department Batt. Chief Alister Robin.

The fire was extinguished, with all three roofs being impacted by fire damage and water being poured on them. 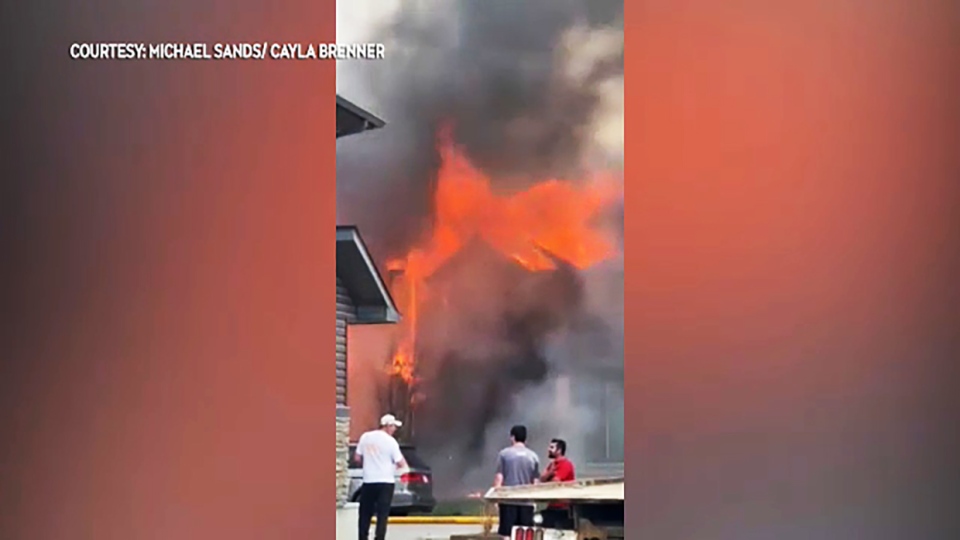 AHS personnel treated one person, but they weren't transported to hospital.

Around 10 people were in the three homes, and all escaped safely. However, two cats died.

Firefighters remain on scene, checking for hot spots, so that fire investigators can begin to assess the scene. They are interested in hearing from anyone with video footage or information about the fire.