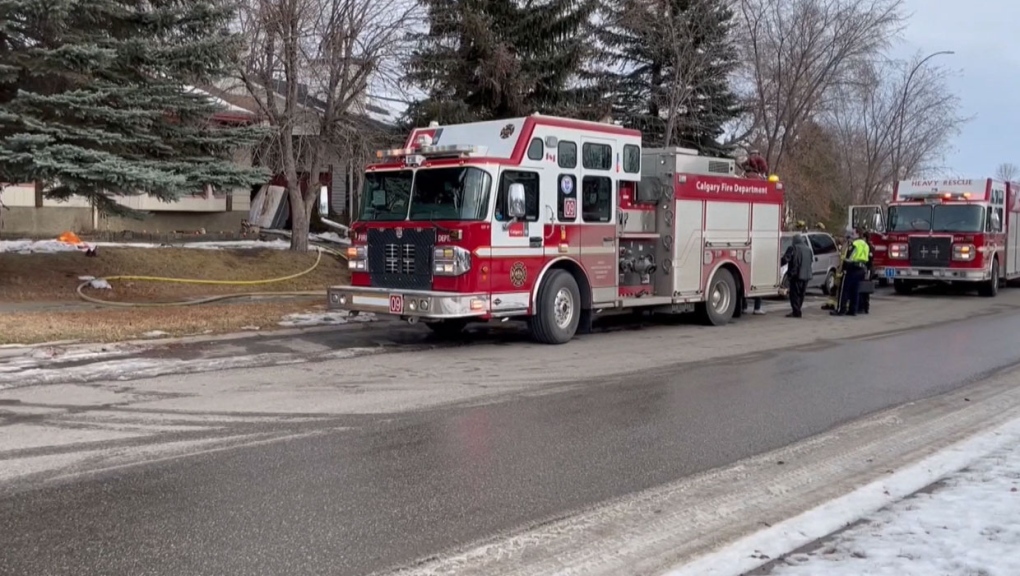 Calgary firefighters attended an incident at a home on River Valley Drive S.E. Three people managed to get out on their own along with their pets, but a fourth person needed to be rescued, officials say.

Calgary fire crews say four people are safe, along with a dog and a cat, after a blaze broke out inside a southeast home.

Officials say firefighters were called to the home, in the 100 block of River Valley Drive S.E., shortly after 1 p.m.

Upon arrival, crews witnessed smoke coming from the main floor of the residence. Three people – occupants of the home – met firefighters after they had been alerted by a smoke alarm.

Firefighters quickly extinguished the fire and performed a search of the home, where they located a fourth occupant, living in a downstairs suite. That person was unaware of the fire and had to be rescued.

"Three people were assessed by EMS including one person who suffered some smoke inhalation however refused to be transported to hospital," officials said.

A fire investigator has already attended the scene and determined the blaze was accidental and caused by smoking materials.

The Red Cross is now providing assistance to the occupants of the home.