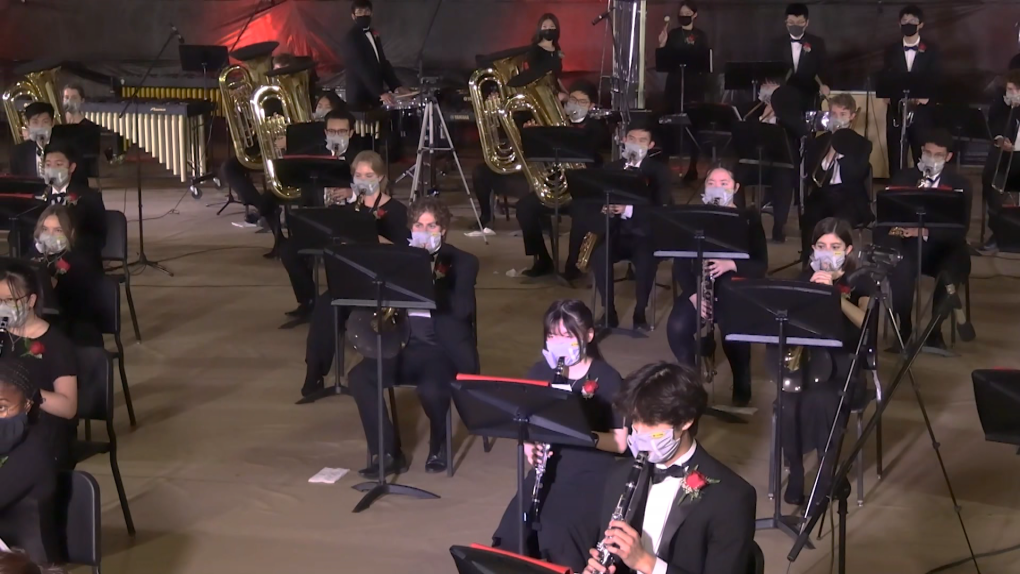 The year-end performance of the Western Canada High School will be made available on YouTube on June 19. (supplied)
CALGARY -

Students at Western Canada High School in southwest Calgary will be holding their year-end band concert online this year.

The 300 members of the largest band program in the city will be playing their instruments in a pre-recorded, virtual concert Saturday.

This school year has been a unique one. The pandemic has been challenging for the Grade 10, 11 and 12 students and interrupted the band's training multiple times. Each student has been diligent in their training, often times alone, to bring a top-quality performance.

"We had to do a lot of individual preparation and band is a group activity so that was difficult," said Grade 12 French horn player Elaine Gentleman. "At the start of the year we had a couple months where we couldn’t even play our instruments in the school."

In a normal year, Western Canada High School students have the opportunity to attend different learning experiences such as clinics with the Calgary Philharmonic Orchestra, band camps and festivals.

Vivienne Lin, a Grade 12 student who plays the clarinet, says the preparation for the online concert took a lot of effort.

"Instead of actually performing live at the Jack Singer we have come in after school for three to five hours at a time to record our pieces."

For students the process was a whole lot different than playing a live show where it is one take and that's that.  Lin says the fact the show is pre-recorded allows an opportunity to make things perfect but editing is a lot of work.

Esther Seo, a Grade 12 student who also plays the clarinet, says she is grateful to be able to have a year-end concert in some form during the pandemic.

"Its just great that we are able to finish off the year with a concert," said Seo. "Because of the pandemic, everything has been so different and difficult but that's what makes this concert so special." 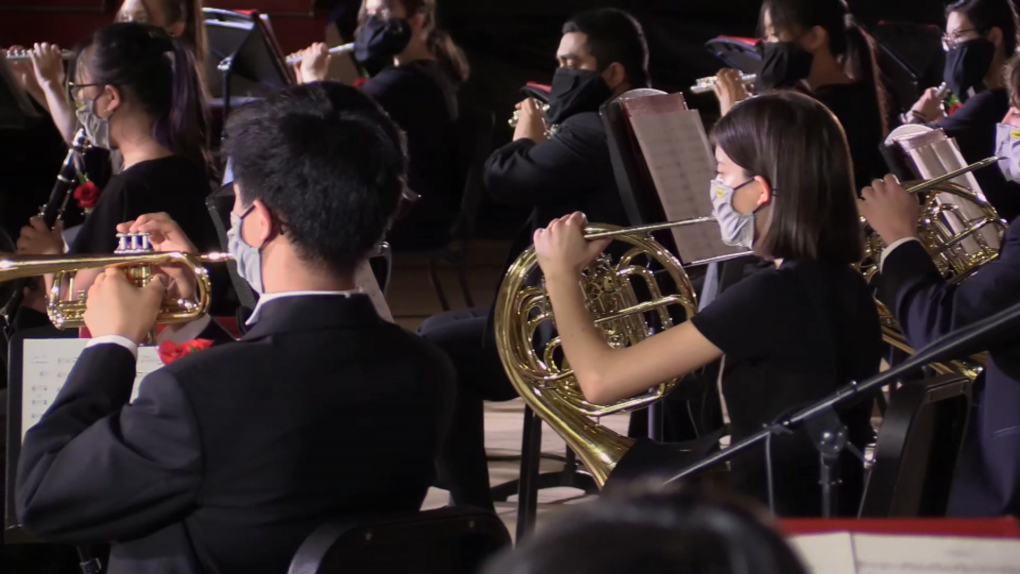 Brendan Hagan, the learning leader of the fine and performing arts program at Western Canada High School, says the accomplishments of all his students is tremendous.

"I teach 300 students from Grade 10 through Grade 12 in the band program and each one of them I couldn't be more proud of," said Hagan. "They have been amazing."