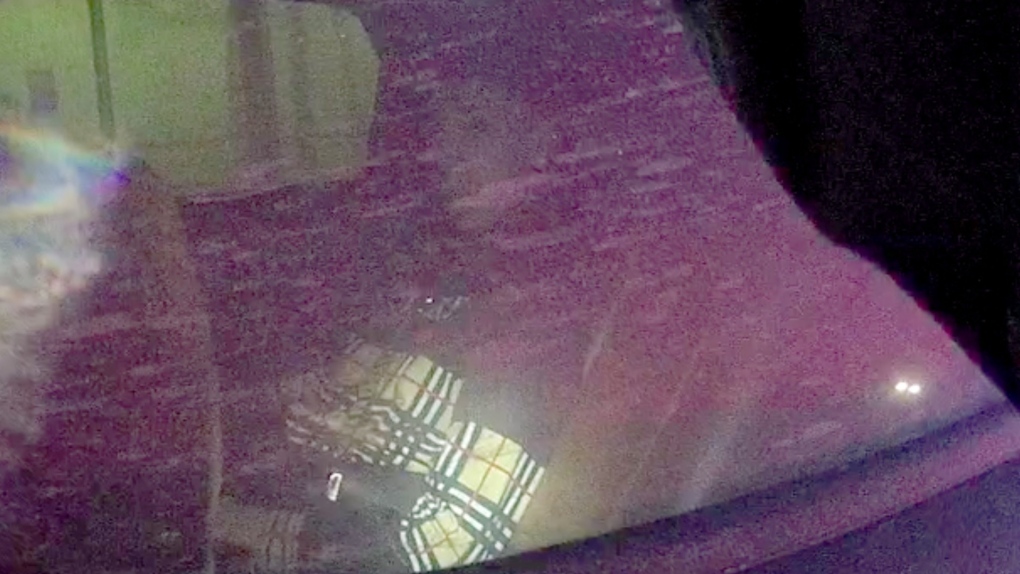 Police are asking for a witness to the death of Sgt. Andrew Harnett to come forward. (Calgary police handout)

CALGARY -- Calgary police believe a third person was riding in a vehicle pulled over by Sgt. Andrew Harnett shortly before his death and are asking them to come forward.

Images released Monday that were captured by Harnett's body-worn camera appear to show someone wearing a Burberry-style jacket in the rear of the vehicle.

Harnett was killed on New Year's Eve after being dragged by a vehicle after pulling it over because the licence plate didn't match computer records.

"This individual is believed to be a witness in the case and was a rear passenger of the vehicle alleged to have been used during the incident," police said in a release.

"This person has yet to come forward and self-identify as being in the vehicle."

The alleged driver — who was 17-years-old at the time but has since turned 18 — along with 19-year-old Amir Abdulrahman, an alleged passenger, have been charged with first-degree murder in his death. The alleged driver cannot be named under the Youth Criminal Justice Act,

Also on Monday, a judge rejected a release request by the 17-year-old.