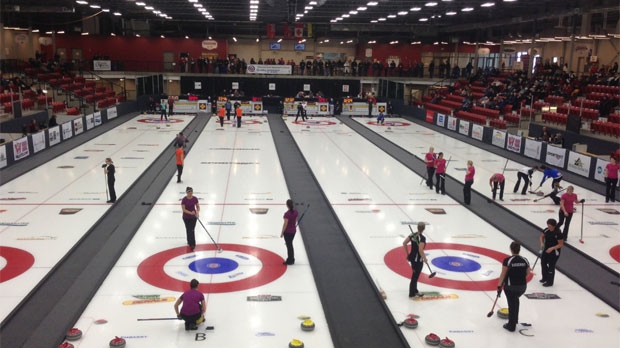 CALGARY -- Plans are in the works for four major curling championships to be contested in Calgary in 2021, the sport's governing body announced Tuesday.

"Dates for the events will be announced later as Curling Canada works with local, provincial and national health authorities to set up the facility in a so-called bubble environment," officials said in a release.

Plans call for the events to be broadcast on TSN and RDS.

“No one can deny that these are challenging times, and not just for curling, obviously, but we also know how important these events are to the athletes, to our partners and, of course, to our fans,” said Katherine Henderson, chief executive officer of Curling Canada.

"It is thanks largely to the commitment of our business partners that we are able to have ambitions of holding some of our events, giving the best curling fans in the world something to look forward to in the new year."

The events will be held in a bubble environment, similar to what was done for the modified NHL and NBA playoffs.

"Curling Canada has received provisional approval for the hub city concept and health protocols from Alberta Health and is continuing to consult with the Public Health Agency of Canada, and will continue working closely with both agencies to ensure the health of athletes, officials and the host community," read the release.

"The protocols will continue to evolve, in consultation with health authorities, and won’t be finalized until shortly before the beginning of the events."

For health and safety reasons, there will be no Wild Card play-in game the night before the start of round-robin play in the Scotties Tournament of Hearts and Tim Hortons Brier. Formats for all three Canadian championship events will be announced at a later date.

“It’s exciting news, and as a team we’re very pleased to see that such a high priority is being placed on the safety of the athletes and those involved in putting on the championships,” said Brad Gushue, skip of the reigning Canadian champs from St. John’s, who have the defending champion Team Canada berth in the 2021 Tim Hortons Brier.

“We’re looking forward to playing events — if there’s a safe way to play them, let’s get them played. Other sports are playing, and the NHL and NBA have shown that it can be done safely, so I believe we can do the same in curling.”