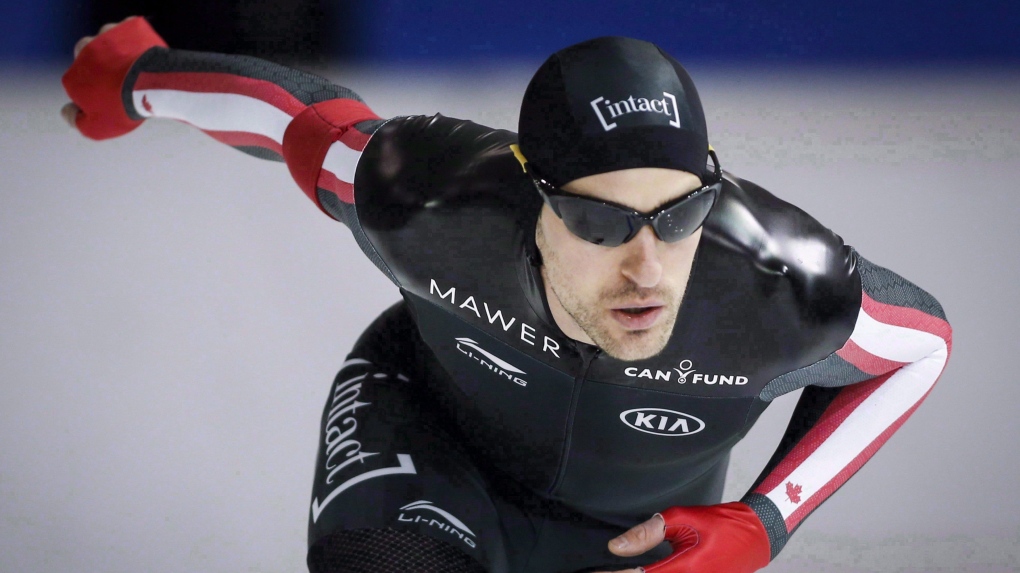 CALGARY -- Decorated Canadian speedskater Denny Morrison is stepping away from the ice, capping a 16-year career.

The 33-year-old — who heralds from Fort St. John , B.C. but lives in Calgary — announced his retirement from the sport Friday morning.

"My family supported me every step of the way, up to and through four Olympic Games, and everything in-between," said Morrison in his retirement announcement. "Growing up in Fort St. John, with the supportive crew around me that I had, gave me all of the tools I needed to become the relentless and resilient athlete that I’m recognized as today. Thank you to everyone in Canada who has ever supported me or even heard of me over the duration of my career! It’s been an absolute privilege."

His success on the world stage included a gold medal in the team pursuit at the 2010 Vancouver Olympic Games, a silver medal at the 2006 Winter Olympics in Turin, Italy, and he medaled twice at the 2014 Sochi Olympics (silver in 1000m, bronze in 1500m). During his career, Morrison claimed more than 90 international medals.

Morrison's career appeared in jeopardy after he suffered a brain injury in a motorcycle crash in Calgary in 2015 and suffered a stroke while mountain biking in Utah the final year. Morrison persevered and returned to the ice in late 2016 and later competed for Canada at the 2018 PyeongChang Olympics.