$490K worth of drugs seized during investigation into Calgary Airbnb tenant

$490K worth of drugs seized during investigation into Calgary Airbnb tenant 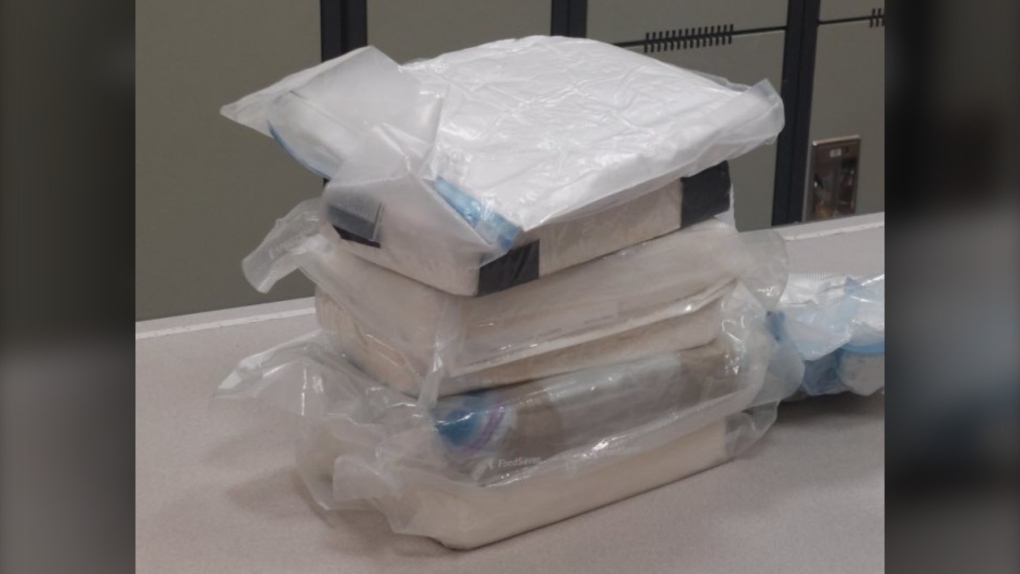 Calgary officers seized seven kilograms of cocaine during the Sept. 24 search of an Airbnb rental in Calgary's Beltline. (CPS)

An investigation into suspected drug activity involving an Airbnb tenant in Calgary's Beltline led to the seizure of $490,000 worth of illegal drugs as well as several guns.

Officers searched a bedroom rental in the 1500 block of Fifth Street S.W. on Sept. 24 and arrested a tenant.

Within the unit, officers located and seized:

Anthoulah Dessalines, 31, was charged with:

Dessalines was released from custody on bail ahead of his Oct. 24 court appearance.

The investigation into the matter continues. Anyone who has information related to the case is asked to call the CPS non-emergency line at 403-266-1234 or anonymous tips may be submitted to Crime Stoppers.