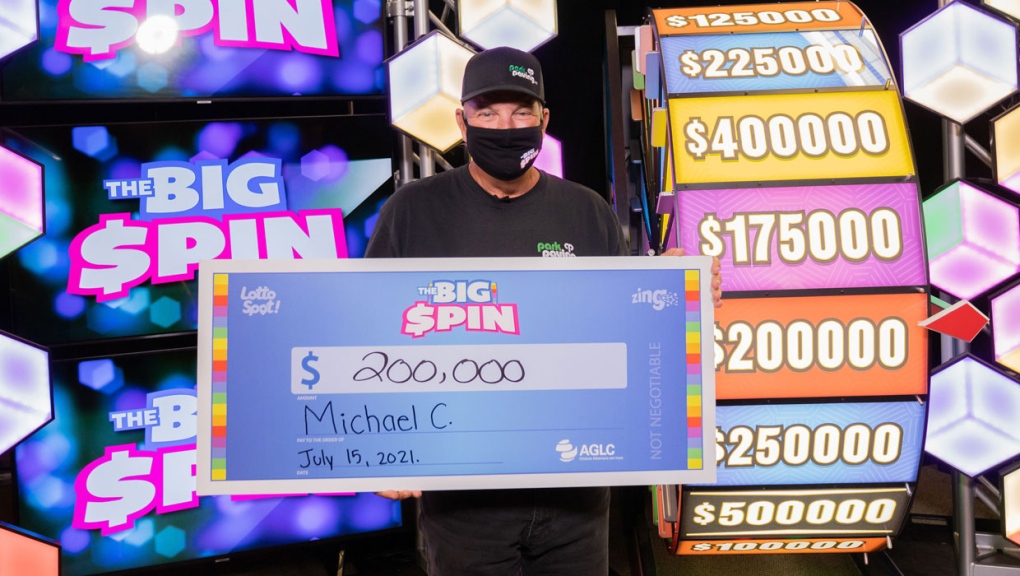 A group of seven Albertans have scored big prizes in a special two-day event, hosted by the Western Canada Lottery Corporation (WCLC) and Alberta Gaming, Liquor and Cannabis (AGLC).

Officials said more than $3.5 million in prize money was given away to the following winners from all over Alberta:

Officials said it was a great experience to have winners of the $5 BIG SPIN and $10 BIGGER SPIN lottery tickets come into the St. Albert, Alta. prize office to have their turn on the big wheel.

"It was tremendous to see a number of Albertans have a chance to claim their THE BIG SPIN and THE BIGGER SPIN prizes this past week as AGLC gets back to regular gaming activities," said AGLC vice-president Steve Lautischer in a statement.

WCLC said that while Balaban and Rosier both won $500,000 on their spins, the biggest winner was Kenway, who took home $1 million.

BREAKING | Two Michaels land in Canada after more than 1,000 days of detention in China

After spending nearly three years in a Chinese prison, Michael Kovrig and Michael Spavor have finally landed in Canada

China's government was eagerly anticipating the return of a top executive from global communications giant Huawei Technologies on Saturday following what amounted to a high-stakes prisoner swap with Canada and the U.S.