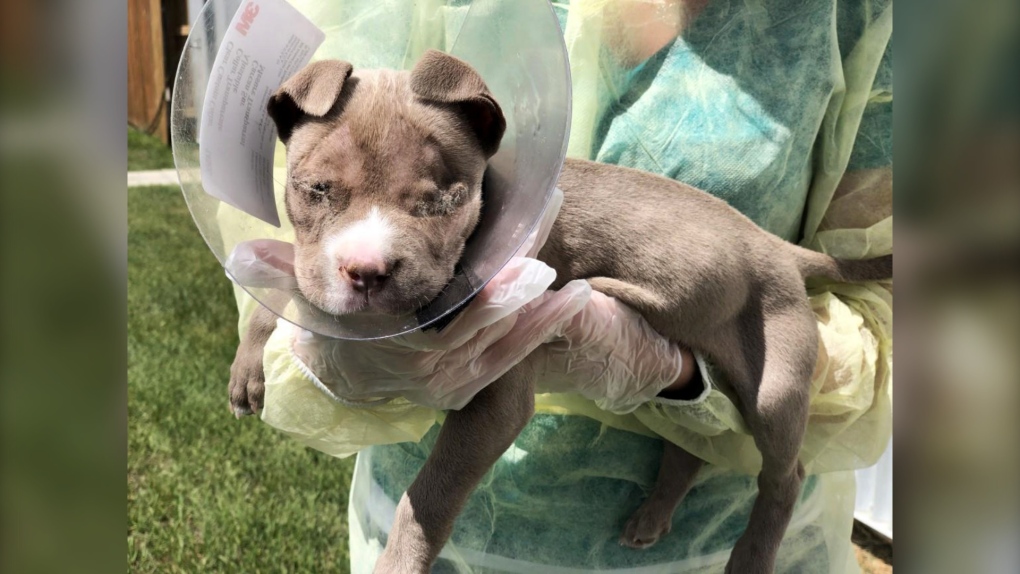 The puppy had to have both its eyes removed.

CALGARY -- The Calgary Humane Society is trying to find the owners of an eight-week-old puppy suffering a painful eye condition after the dog was discovered alone in the community of Forest Lawn.

A passerby found the tiny, brown dog in the 2400 block of 43rd Street S.E. on June 1 and took it to a veterinary clinic where both of its eyes had to be removed.

"It's a very young dog so there's a thought that perhaps it might have been left to fend for itself," said Brad Nichols senior manager of cruelty investigations with the Humane Society.

"We certainly know the dog was in pain, probably for some time."

It had edema in both eyes — likely the result of glaucoma — to the point one eye had actually ruptured.

The puppy is now recovering at a Calgary Humane Society foster home and will be available for adoption once he has healed.

"It's possible it was congenital," said Nichols. "Certainly by the time he was found it was out of control and would have been obvious he needed veterinary care."

The fact the dog is so young means its prognosis should be good.

"He's doing really well," he said. "The silver lining is he's so young he'll probably acclimatize really well. He's probably got a good road ahead of him but lord knows his last little while has been brutal."

Anyone with information is asked to call 403-205-4455 or report online at Calgary Humane.