Police are investigating after an 86-year-old woman died following an attack by three dogs in northwest Calgary.

Paramedics responded around 2 p.m. to the Capitol Hill area at the 1500 block of 21st Avenue N.W.

The senior was found with serious, life-threatening injuries. Despite the best efforts of paramedics, she ultimately succumbed to her injuries.

Police say the woman was in a back alley doing yard work when a neighbour's dogs escaped their yard and attacked her.

According to police, depending on the outcome of the investigation, criminal charges or fines could be laid while the dogs could be euthanized. Officers are not revealing what breed the dogs are.

One neighbour, who was uncomfortable with identifying himself with CTV News Calgary, helped his neighbour Betty when she was injured.

CTV News has agreed to identify him as 'Lane,' who says Betty, known as 'Rusty' or 'Red' to all the neighbours, loved to work in her yard.

"The best person you could hope to have for a neighbour."

Lane's wife heard a commotion in the alley with several dogs and went to see what had happened.

Lane then jumped up to see two of the three dogs police identified being pulled back into the neighbour's yard.

"A little frustrated that I wasn't able to get there a minute or two sooner," said Lane.

"The comfort I can take is I was there with her, and she wasn't alone." 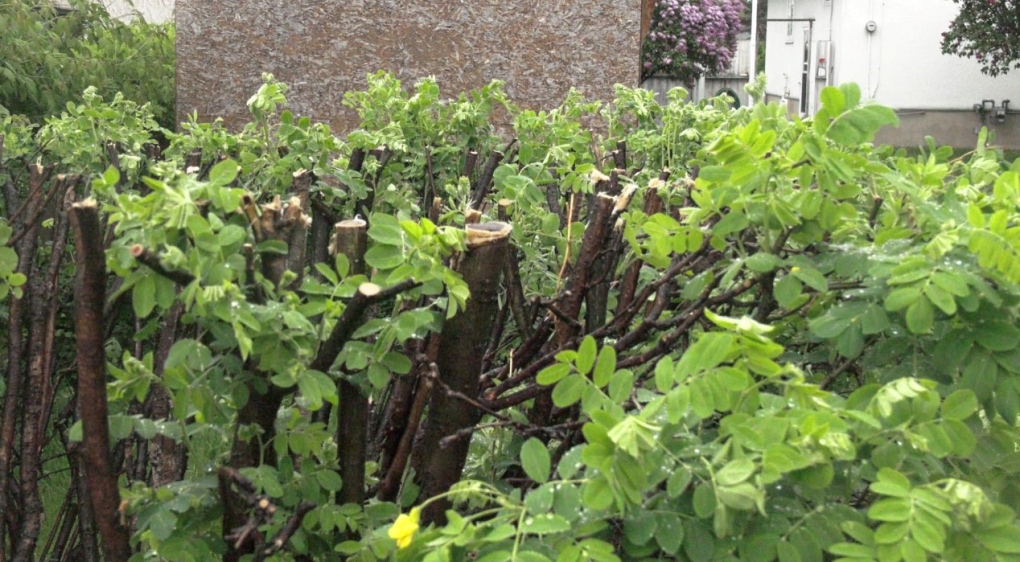 A Calgary senior was doing yard work in her backyard when she was attacked by three dogs Sunday afternoon (CTV News Calgary/Tyson Fedor).

Lane says he and the dog owner, who lives next door to Betty tried to save her.

"He brought out towels, and he helped me hold Rusty up while we waited for EMS."

Close family friends of the victim, who did not want to speak on camera with CTV News, say she was a private person and was on her way to hospital in an ambulance when she succumbed to her injuries.

CTV News attempted to speak with the owner of the dogs.