A horse, of course: Traffic stopped by a very Calgary problem

A horse, of course: Traffic stopped by a very Calgary problem

A woman, who says she is the owner of a horse that ran into traffic in northeast Calgary on Thursday says the animal is in big trouble when it gets back home.

The horse was spotted by a CCTV camera in the interchange between 16 Avenue and 36 Street N.E. Another individual was seen trying to corral the animal, but the horse was having none of it.

It then went north, stopping someone with a motorcycle on the way and crossing a lane of traffic.

Eventually, it made it onto the intersection between 36 Street and Rundlehorn Drive N.E. with police units close behind.

There, the horse proceeded to go left onto 36 Street, forcing motorists to go left.

Calgary police, which had tailed the horse throughout its run, soon trapped the horse and forced it onto Rundlehorn Drive.

Amanda Ripley told CTV Morning Live on Twitter that “pretty sure she’s mine” and that “she is trying to get a hold of someone to see where she is.”

Ripley says that she could not believe the horse “made it so far.”

She told CTV News that the horse was eventually found outside of Chestermere and that she will be picking it up later on Thursday.

Ripley adds the horse will be “officially grounded for a week” for her actions. 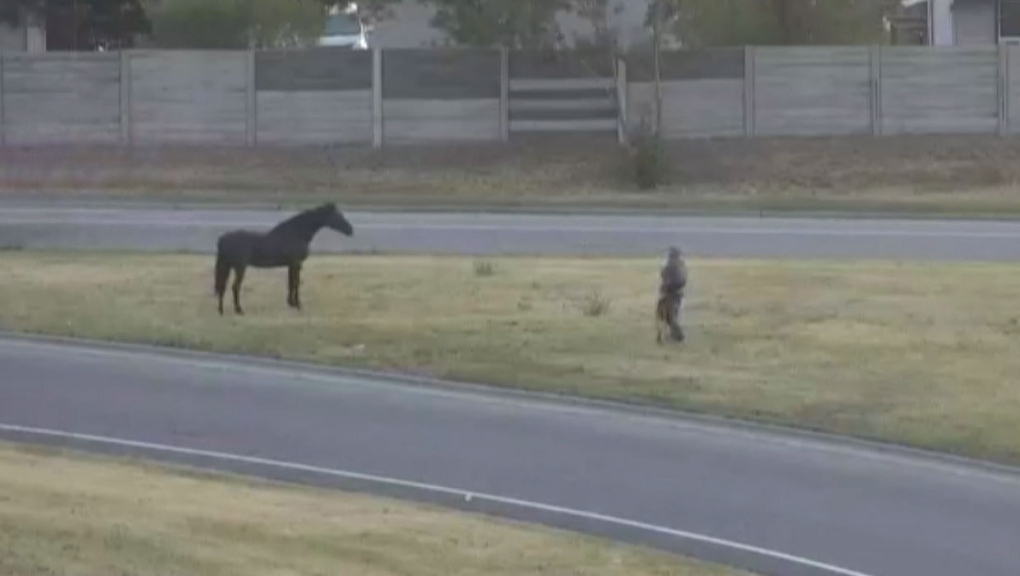 Calgary police told CTV News the horse was captured with the help of another person and they are in contact with the owners.