The Stoney Nakoda First Nation says more than 200 wild horses can be found roaming its land at any given time, sparking safety and highway fencing concerns after recent vehicle collisions with wildlife.

Officials found three dead horses in the ditch near the junction of Highway 40 and the Trans-Canada Highway last weekend, which were struck by cars and located in the eastbound lanes just 55 kilometres west of Calgary.

Stoney Nakoda's protective services manager Richard Pascal says there have been six horses hit and killed on the 10-kilometre stretch along Highway 1X and Highway 40 South over the last four months.

"In that time, we've had people taken to the hospital by ambulance because of those incidents, so it's very unfortunate and the population here is upset with what's happening," said Richard.

"It can be pretty dangerous to drive those roads at night, but we're meeting with Alberta Transportation to come up with a plan to change or put brand new sections of fencing because some of the posts are rotten and some of the wires are cut or stretched to their limits."

The nation says it has been dealing with discrepancies with the province over who is responsible for fencing on the highway, but both parties are now in discussions to come up with strategies to improve or change fencing sections.

"We've had a successful meeting with Volker Stevin and we're going to work together at better communication to improve the issue," added Richard.

Volker Stevin is Alberta's highway contractor responsible for removing roadkill and responding to incidents where wildlife are involved in collisions.

Operations manager Dean Jetten says it's continuing to identify critical areas of wildlife through its 511 app to alert drivers and improve safety along stretches of road where animals are more frequently crossing.

"We're capturing data on the 511 app and through the Yellowstone to Yukon corridor where wildlife cross the roads more often than others," said Jetten.

"If you're driving from Calgary to Banff, you'll also notice the overpass near Canmore that's being built and a wildlife fence heading east out of Banff National Park heading east about 15 to 20 kilometres on either side of the road."

Jetten says another 15 to 20 kilometres of fencing will also be added from Dead Man's Flats to Seebe in an effort to mitigate wildlife safety concerns. 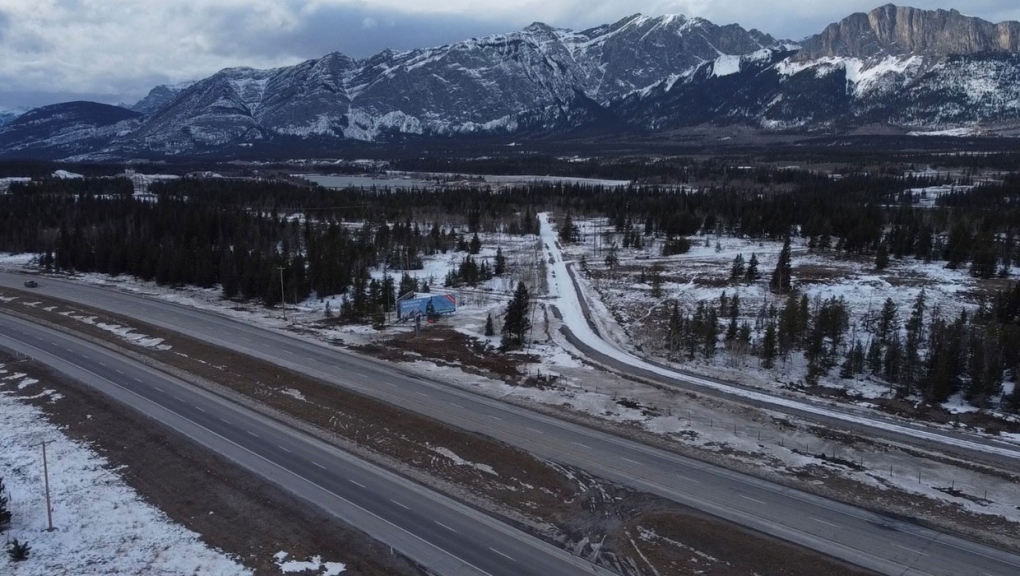 The province says its highway contractors are responsible for removing animal carcasses within one hour of an initial report. Owners of domestic animals or livestock will also be contacted to dispose of carcasses if they can be contacted.

A statement obtained by CTV News from Alberta Transportation says property line fences along provincial highways typically belong to the adjacent land or property owner, but its contractors are offering assistance.

"During the fall, the Government of Alberta runs a public awareness campaign across our social media platforms to inform Albertans regarding highway safety in respect to wildlife incidents," read the statement.

"Additionally, we are in the process of constructing a wildlife overpass on the Trans-Canada Highway west of the location you have referenced to mitigate wildlife incidents and further driver safety on our highways."

However, the province says there are no plans to install new fencing along Highway 1 between Highways 1X and 40.

"Alberta Transportation and Economic Corridors continues to be available to discuss fencing with the Stoney Nakoda First Nation or other landowners in the area," the statement said.

"In the event of a vehicle collision with fencing, it is important to have the fence repaired in a timely manner and we are willing to assist with repairs in those circumstances." 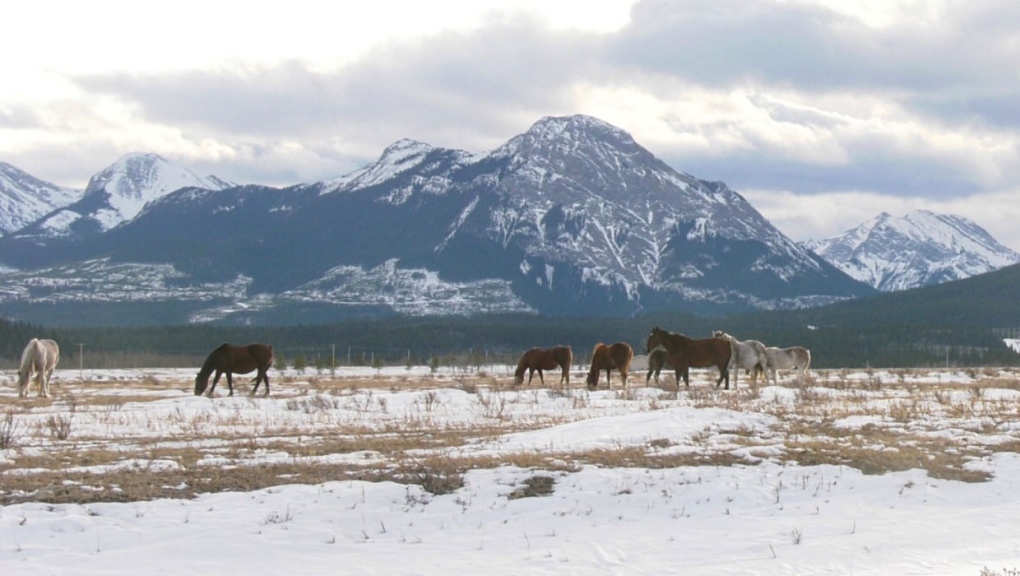 Authorities say they have training about how to deal with wild horses, including techniques to lead them off the highway if needed.

RCMP URGE DRIVERS TO BE AWARE OF WILDLIFE

Cpl. Vince Bacon with the Stoney Nakoda/Kananaskis RCMP is putting out a warning to drivers that wildlife continues to remain prevalent along Highway 40 South.

"There is a lot of wildlife and livestock like horses and cows in this area," he said.

"In some areas there are no shoulders so animals can be in the ditch and they can show up very fast at the last minute so it's very important for drivers to be conditioned especially during the dark times of the day when visibility is low."

Bacon adds that his team often gets a lot of support from Stoney Nakoda Protective Services and have received training on how to deal with horses to guide them off the highway.

"But we also respond to the wildlife collisions and we're trying to make sure there are no injuries to take care of our drivers as well," he said.

"If you hit an animal, it will be very serious, your air bags will be deployed, we've dealt with injuries with deer, moose, cows, and horses so it's important to be aware and slow down."

The U.S. military on Saturday shot down a suspected Chinese spy balloon off the Carolina coast on orders from President Joe Biden, after it traversed sensitive military sites across North America, becoming the latest flashpoint in tensions between Washington and Beijing.

Marit Stiles officially became the new leader of the Ontario NDP on Saturday after a majority of party members voted in favour of the lone candidate.