A month's worth of rain expected this week, prompts Bow River flood concerns 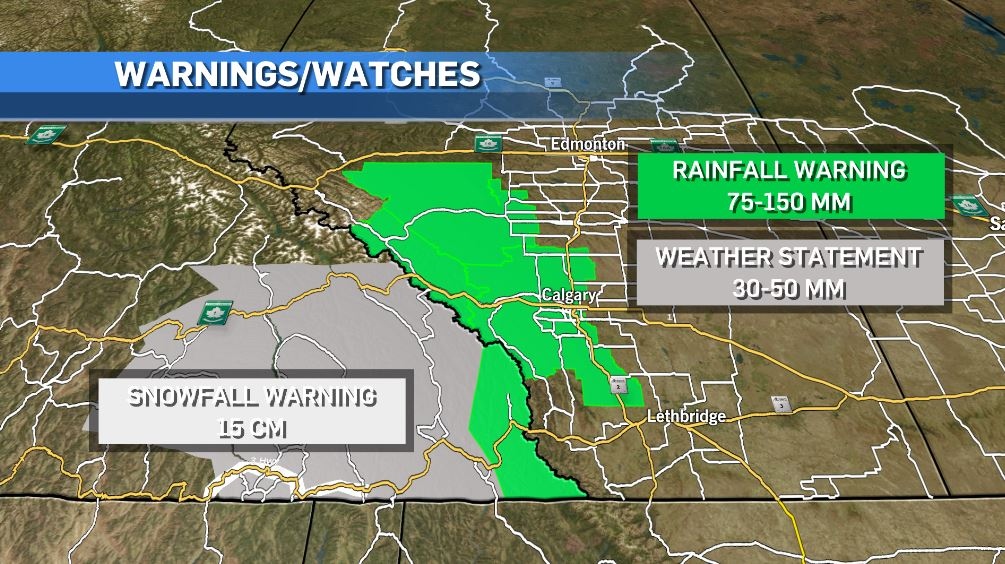 Significant rainfall is expected over the next few days for much of southern and central Alberta as well as southeastern B.C.

Western parts of Alberta could see totals exceeding 75 mm, and as much as 150 mm in localized areas. For Calgary, most of that rain falls throughout Monday, with close to 50 mm by the end of the day. 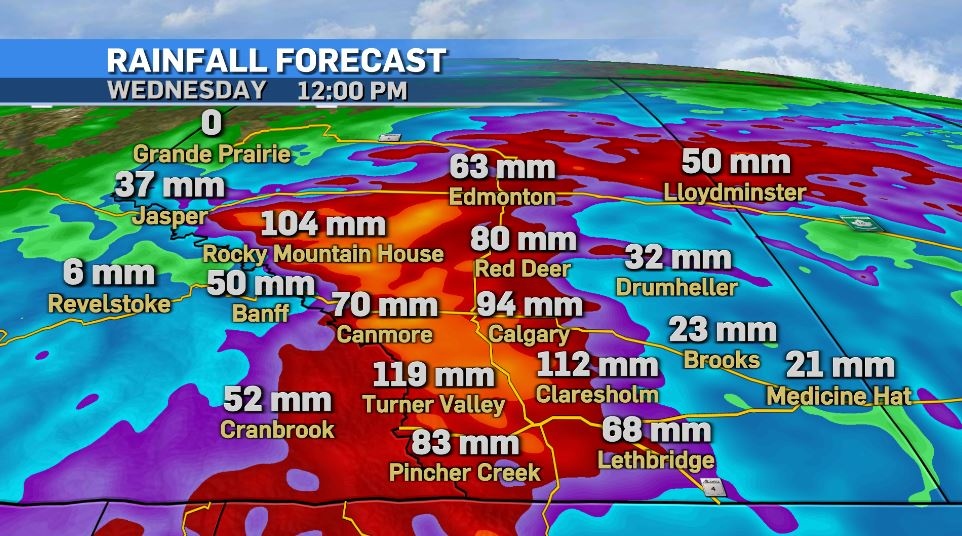 Calgary gets a slight break Tuesday with on and off again showers, before steady rain returns in the afternoon along with a risk of thunderstorms. The moisture eases for southern and western parts of the province by mid-day Wednesday, as it continues over east-central Alberta and Saskatchewan.

These forecasted totals may bring back memories of the 2013 floods in southern Alberta, and for some areas, the rainfall may be comparable. The difference, however, is that the combination of snow melt and a particularly wet spring leading up to the June 19 rainfall in 2013 had primed the already saturated ground and swollen waterways for flooding. 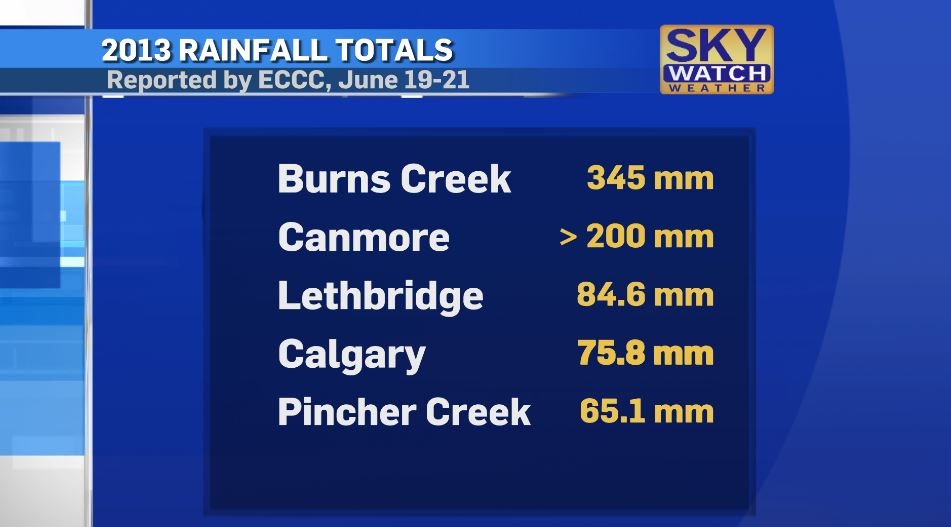 This year, southern Alberta has experienced a significantly drier than normal May. Calgary only recorded 12.1 mm of precipitation last month – that’s a fraction of the long-term average for May, which is 56.8 mm.

Despite that, flood concerns are still top of mind, with flash flooding as a major threat. Calgary’s long-term average rainfall for the month of June is 93.9 mm, and totals could get close to that by Wednesday. Localized flooding and pooling water on roadways are likely to disrupt traffic in the coming days.