'A terrible day for Albertans': Premier Kenney offers condolences to families of those killed in Iran plane crash

CALGARY -- Calling it "a terrible day for Albertans," Premier Jason Kenney offered condolences Wednesday to families of those killed in the Ukrainian International Airlines flight PS752 crash in Iran.

All 176 passengers and crew on board the Boeing-737 jet, including an international student living in Calgary, were killed when it crashed soon after takeoff near Tehran.

At least 63 of those killed were Canadian, and Kenney said at least 30 were from Alberta.

"We don't have all the facts yet, but we do know that a number of distinguished Albertans were on board that flight, including professors at the University of Alberta, a medical doctor, members of their families," he said.

CTV News has learned an international student living in Calgary, Arshia Arbabbahrami, is also among the dead.

Arbabbahrami was a Grade 12 student who attended Western Canadian High School for the past three years.

"Arshia was a valued member of our school community," said Western Canadian High School principal Carma Cornea in a statement. "He dreamed of being a doctor and was a leader in our community who many students looked up to. Our collective thoughts are with Arshia's family and friends, both in Iran as well as in Canada."

Kasra Saati, a Calgarian working as an engineer for an aircraft company, was also killed in the crash. His former employer, Viking Air, said Saati was a "valued member of the Quality Team" at the company's Calgary facility from 2018 to December 2019.

"His loss is deeply felt by everyone who had the opportunity to work with him, and we share our sincere condolences with the Saati family and all of those impacted by this trafic event," the company said in a statement. 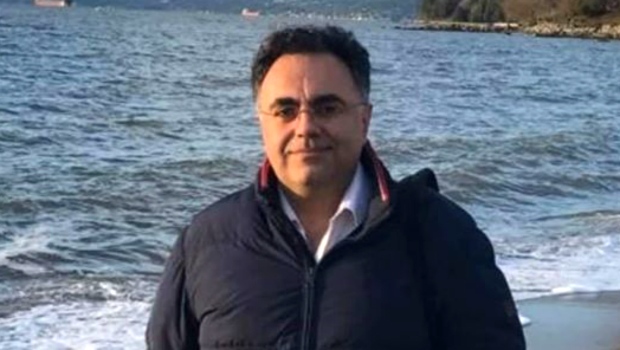 Calgarian Kasra Saati was one of 138 passengers killed in the Flight PS752 crash. (Saima Jamal)

Kenney meanwhile, expressed his condolences to the families and friends of the victims.

Kenney said a number of people from the Edmonton area were travelling to the wedding of Pouneh Gorji and Arash Pourzarabi, both graduate students at the University of Alberta.

"Today, on behalf of the government of Alberta, I join in expressing our most profound condolences to all of those whose lives were lost, to their family members and their loved ones, and in particular to the University of Alberta community and the Alberta Persian community," said Kenney.

"It's a small but dynamic and well-educated, highly successful community. Many of whom came to Canada to do advanced studies and have succeeded in their professions."

Kenney said he reached out to the federal foreign affairs minister to give support from the Alberta government into any investigation into the cause of the crash.

"We are very hopeful that the Iranian authorities will cooperate with Canada, the Ukraine, and international authorities to have a full and independent inquiry into the causes of the crash," he said.

"It is essential that we have full cooperation and transparency to know what the causes were."