'Accused had the sole opportunity': Trial begins for Calgary father accused in death of 4-year-old daughter 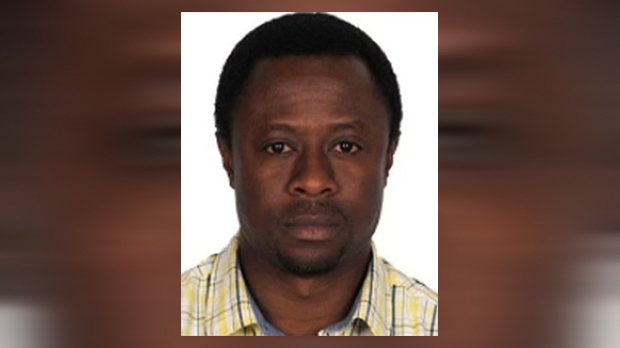 Oluwatosin ‘Tosin’ Oluwafemi is charged with second-degree murder in connection with the death of his four-year-old daughter Olive. (Calgary Police Service)

CALGARY -- Four-year-old Olive Rebekah Oluwafemi was in cardiac arrest and wasn’t breathing when paramedics arrived at the southeast home where she lived with her parents around 3:40 p.m. on Dec. 19, 2014, court was told Monday.

The little girl, who the Crown is referring to as Rebekah, arrived at the Peter Lougheed Centre just after 4 p.m. She was pronounced dead at 4:43 p.m., nine days before what would have been her fifth birthday.

On Monday morning, the 43-year-old pleaded not guilty.

In her opening address, Crown prosecutor Melissa Bond said prosecutors will call evidence to show Rebekah died from multiple blunt force trauma injuries, including a catastrophic injury to her cervical spine. There were numerous areas of significant bruising on her body.

It's the crown’s theory Oluwafemi inflicted multiple, non-accidental injuries on his daughter. In doing so, they say, he either intended to kill her or intended to cause her bodily harm that he knew would likely cause her death.

"The accused had the sole opportunity to inflict the blunt force trauma and catastrophic neck injury on Rebekah that caused her death," said Bond.

Bond said the only other person who entered the home was a furnace salesman, around 12:20 p.m., who observed Rebekah to be alive.

Bond said around 3 p.m., Oluwafemi called his wife asking her to come home. A few minutes later a family friend, who was a nurse, also came to the home and began performing CPR on Rebekah.

Court heard Oluwafemi, who worked as a mining engineer, was laid off in October 2014 and was unemployed at the time of his daughter's death.

Oluwafemi was arrested in Ontario a year after his daughter died.

Oluwafemi is not in custody. He is being represented by defence lawyers Rebecca Snukal and Michael Bates.

The trial is scheduled to last three weeks.