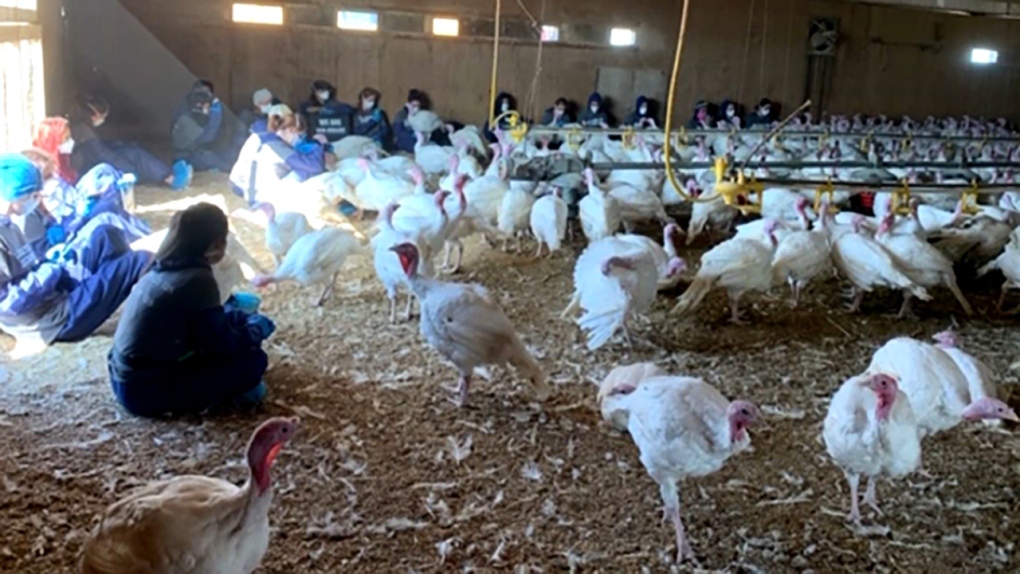 Protesters staged a sit-in at a southern Alberta turkey farm in September 2019.

RCMP said dozens of people unlawfully gained access to a rural property near Fort Macleod on Sept. 2 to protest the alleged inhumane treatment of the birds.

Some protested outside the turkey barn, while others locked themselves inside.

Police were called shortly after 7 a.m. and said the situation resolved peacefully with the property owner and the protesters.

The protesters agreed to end their sit-in on three demands: the media be allowed to film inside the turkey pens, that some turkeys were set free (five were handed over to a sanctuary), and that no criminal charges be filed against them.

Maxwell Ming Mah, 46, of Edmonton, Claire Buchanan, 28, of Calgary, Kennadi Rae Herbert, 24, of Pincher Creek, and a 16-year-old girl from Calgary have each been charged with one court of break and enter to commit mischief.

The teen cannot be named under the Youth Criminal Justice Act.