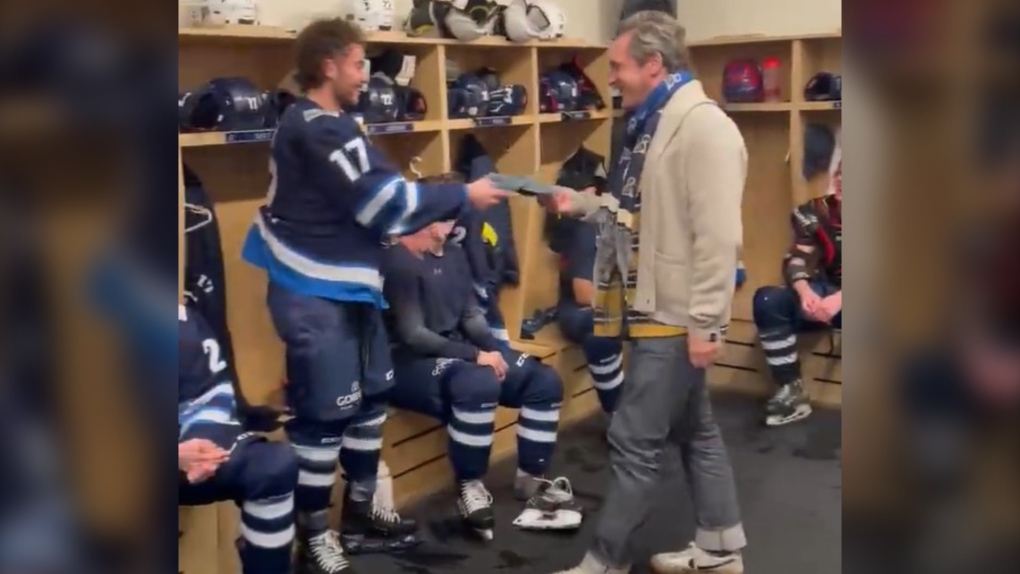 Local hockey players got the surprise of a lifetime when a Hollywood celebrity visited their match on Friday evening.

Jon Hamm visited the AJHL Canmore Eagles and handed out the game hat to forward Kayden Smith, who scored a hat trick that day.

The star from Top Gun: Maverick and Mad Men is in the province filming the fifth season of Fargo, a black comedy crime drama inspired by the 1996 film of the same name.

Canmore was facing the Calgary Canucks that night and beat them 5-3.

Smith, who is from Calgary, has seven goals and 14 assists so far this season.

Into the danger zone @Ksmith1717