Anti-poverty advocacy groups and the NDP opposition are calling on the provincial government, which is anticipating a budget surplus, to lift up Albertans struggling with poverty.

According to new data released by 2-1-1, the provincial help hotline, 30 per cent more Albertans are struggling to meet their basic needs for things like housing and food, over the past three years.

A study out of the University of Toronto says one out of five Alberta households are struggling with food insecurity.

Despite a slight dip from June to July, Canada's inflation rate continues to keep grocery bills higher than the previous year.

Alberta's NDP opposition said the province needs to prioritize helping those in poverty.

"The surplus belongs to all Albertans, and right now we're not seeing the benefit to important programs and services for the use of those surpluses," said Joe Ceci, NDP municipal affairs critic.

In June the UCP government announced a $3.9 billion surplus for the fiscal year ending in Mar. 2022 due to a dramatic rise in energy prices contributing to a surge of royalty revenues.

"It's not a surplus if you're failing to support Albertans at a time when they need it most. And its not a surplus when Albertans are paying more income tax, more for fees, more tuition and higher bills," said Ceci. 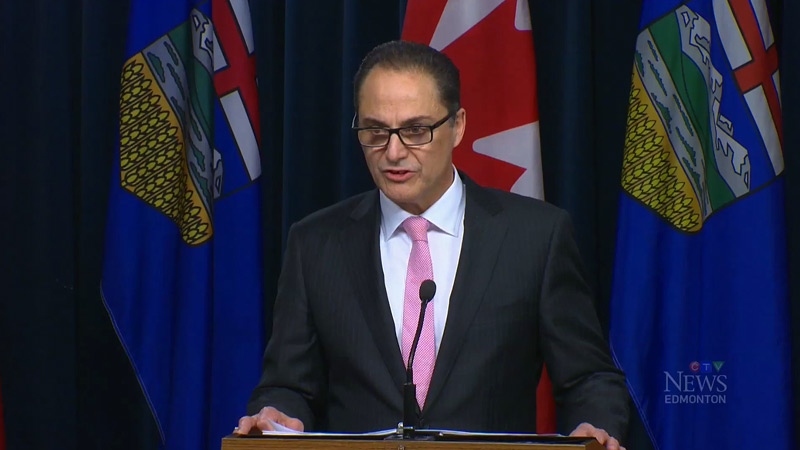 "(The province) also needs to put in place some things that can really help with affordability right now, those would be things like utility rate caps, or insurance rate caps, so that people have a predictable cap on what they're paying month to month, which can help them in the short term navigate this particular crisis," said Meaghon Reid, executive director of Vibrant Communities.

Another group also sees Alberta's prosperity as a potential moment to address poverty.

In a statement, the province said affordability assistance is already in place.

"We know increased inflation and costs for day-to-day necessities are affecting Albertans. That’s why Alberta’s government has already committed more than $2 billion in relief that includes the elimination of the fuel tax, electricity rebates, natural gas rebates, and affordable childcare," said Paul Hamnett, press secretary for the Alberta minister of Finance.

It continued, "Albertans pay less in overall taxes with no PST, no payroll tax or health premium, as well as a low provincial income tax that almost 40 per cent of Alberta tax filers don't pay. A couple earning $75,000 with two children would pay $1,400 more in B.C. and $3,800 more in Ontario."

"Alberta has some of the lowest housing prices and rental costs among Canadian urban centres. A smaller share of income is spent on home ownership costs – 27 per cent in Edmonton and 35 per cent in Calgary vs. the Canadian average of 54 per cent. We are making rent more affordable for Albertans who don’t qualify for traditional affordable housing programs with the recently announced expansion of the Temporary Rent Assistance Benefit to over 80 communities. Alberta’s redesigned Rent Supplement Program, which includes the Temporary Rent Assistance Benefit, serves around 11,600 households, 3,800 more than were served under the original program.

"The government of Alberta must send a message that every person counts, not just the wealthy, but everyone," said Gwynn.