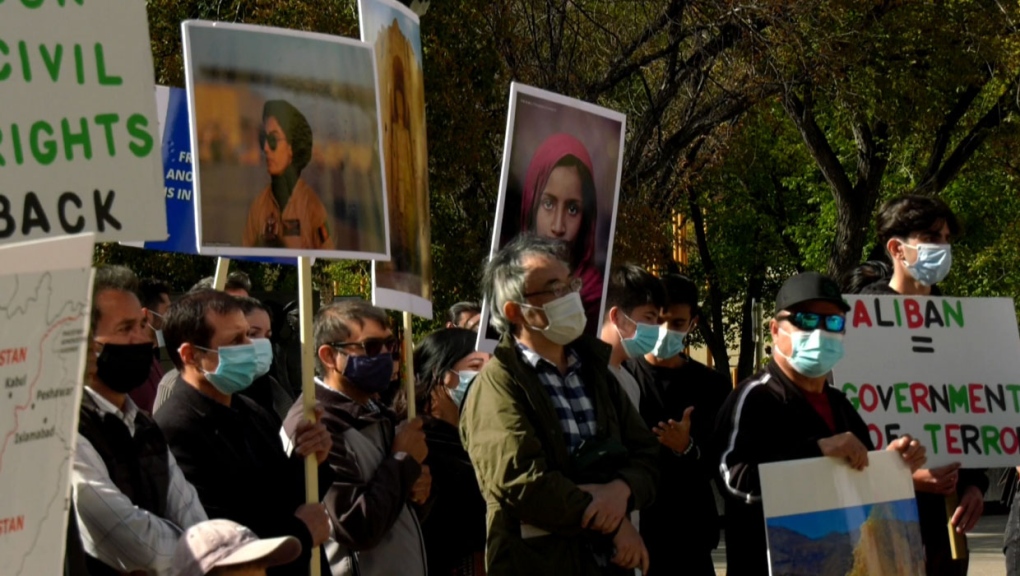 A group of people from Calgary's Afghan community rallied at city hall on Sunday to raise awareness of the ongoing fight against the Taliban.

Demonstrators gathered outside the municipal building in the afternoon, saying that resistance fighters are still doing all they can in the Pansjshir Valley, a territory that's been surrounded by Taliban troops.

Protesters say they want the Canadian government to step in and help those that are trapped in the middle.

"We're asking the Canadian government to actually be able to go in and help them because there are innocent civilians who are there right now that don't have basic needs like water, food and electricity," said organizer Yalda Hafizullah.

A protest, involving about a dozen women gathered outside the former Women's Affairs Ministry, lasted only about 10 minutes after a short verbal confrontation with a man while Taliban soldiers looked on.

The latest violence in Afghanistan saw an explosion in Jalalabad that targeted a Taliban vehicle, which was being manned by border police.

IS extremists, known to be enemies of the Taliban, claimed responsibility for the bombing that killed at least five people, including two civilians. One of the civilians was a child.

(With files from the Associated Press)