Sohail Shafaq was a journalist and television presenter in Afghanistan before it fell to the Taliban last year.

Today he is a refugee in Calgary.

Shafaq has been looking for a place to call home, but every time he gets close to a deal it gets quashed.

"Last night I was got an appointment to see one home, but when we see the home, and we accept that to get this home for rent, theowner of (the) home said where you from are? We said Afghanistan.  ‘Oh, I was thinking you are from Ukraine.’  Like that they rejected(us) directly," said Shafaq.

Refugees like Shafaq are having a difficult time finding permanent housing due to a lack of affordable rental options in Calgary and systemic biases, according to Anila Lee Yuen, CEO of the Centre for Newcomers

"There is an element of racism and discrimination that we do see. Sometimes it's very blatant, where, you know, we'll have host families that will say, ‘Oh, no, there's no way I'm going to take an Afghan family. But I will take a Ukrainian family,' "said Lee Yuen. 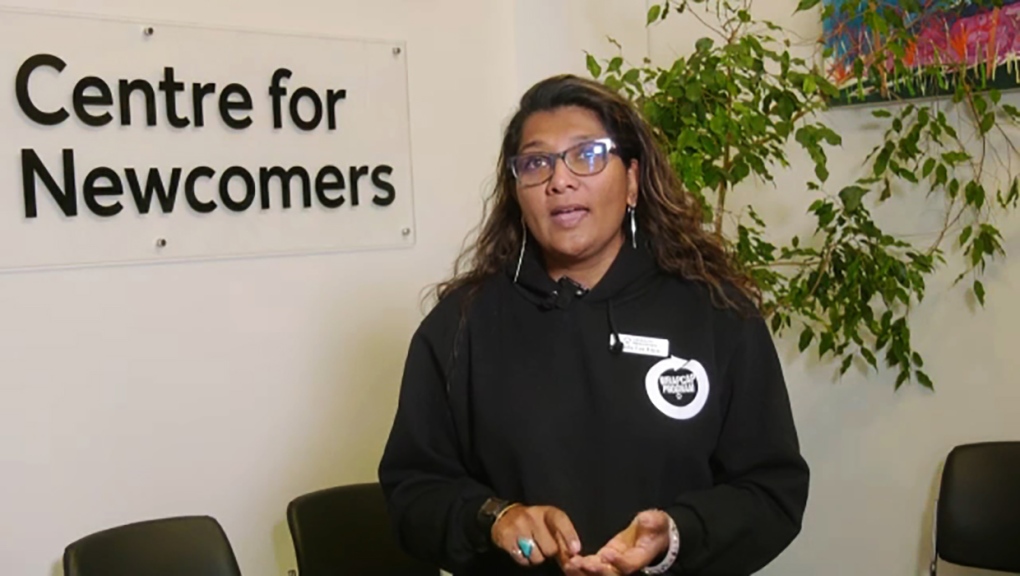 "And there are some instances where it's just unconscious. They don't even realize it. Their focus will be on the Ukrainian community and (they) will not realize that there are needs with other refugee classes or other immigrant classes."

By contrast Lee Yuen says Ukrainians fleeing the war in Eastern Europe are having an easier time finding support in the community.

Ukrainians coming to Canada to escape the conflict are not considered refugees. Most arrive in Canada acquiring a one-year temporary residency permit, with an expectation that they will return to Ukraine when the fighting ceases.

That make a comparison between the two groups a false equivalency accordingto Fariborz Birjandian, CEO of the Calgary Catholic Immigration Society (CCIS), which is the only agency partnered with the federal government to resettle Afghan refugees in Calgary

“We have 60 families arrived in Calgary from Afghanistan, where the family is of six and plus. So that itself - having a family of six people with limited budget to find housing becomes an issue.  We saw actually 4000 Ukrainians already (and) I have not seen even one family of six in that group.”

Lee Yuen believes it would be better if the federal government expanded its partnership and included more agencies in the resettlement of Afghan refugees.

"I think that that would actually make it easier because we've seen the impact of collaborative work through crises, through the COVID, (and) the Ukrainian response, and it is working a lot faster and a lot better," said Lee Yuen.

CCIS has seen close to 3500 refugees arrive in Calgary over the last 12 months, about 2000 of those from Afghanistan. Birjandian says just over 400 remain in Calgary hotels awaiting housing, and says those are mostly recent arrivals to Canada.

"We have some complex cases that are still waiting for approval of their permanent residency. So that (the hotel) is the best place for them to be. They're comfortable, they get services that they need, and hopefully as the process completes, they move out."

Birjandian says the average stay of an Afghan family in a refugee assigned hotel room is 18 to 20 days.

The federal government committed $543.5 million in its last budget to assist provinces and municipalities deal with the influx of refugees and other newcomers.

The federal Liberals are withdrawing a controversial amendment to their guns bill that would have added many popular hunting rifles and shotguns to a list of prohibited firearms in Canada.

Lives were 'shattered' when Kabul fell into Taliban hands, and thousands remain in limbo, unable to return to Afghanistan. CTV News' Genevieve Beauchemin recalls her visit to makeshift refugee camps set up in Pakistani parks, and the stories she heard during that time.

opinion | How much rent can you afford?

Many Canadians have continued to see an increase in their rental rates in 2023. In an column on CTVNews.ca, personal finance contributor Christopher Liew explains how to calculate how much rent you can afford.