Murray Poffenroth started driving kids to Kathryn School in the winter of 1967 after things got slow on the farm. Now 73, he made his final drop off Tuesday on the last day of school.

"Quite honestly I don't think I really thought about it, I thought, 'they need a bus driver,'" says Poffenroth.

Eventually he switched routes, driving kids to and from Beiseker Community School, which interrupted his legacy with the Wright family.

"My son started riding on that same bus and unless Murray's bus route had changed, it would have been the third generation," Leonard said.

"I think that takes a special person to just stay so focused, and accident and dent-free for 55 years is kind of something."

He said kids quickly figured out that despite being a friendly man with a quick smile, his bus was all business.

"He kept his bus well-disciplined," Leonard said, laughing. "We always tried stuff with Murray, but once you were on his bus for a month, you knew. Might as well just ride."

Leonard's son Curtis said nothing had changed years later when he boarded Poffenroth's bus for the first time.

"He didn't have to say a word, it was the look on Murray's face," Curtis said.

"You didn't want to make him mad because if you saw him at the next community function he could scold you or tell your parents."

FOCUS WAS ALWAYS ON THE ROAD

His focus was always on the road, watching what was happening, keeping the kids safe. People in the community say his attention was constant. 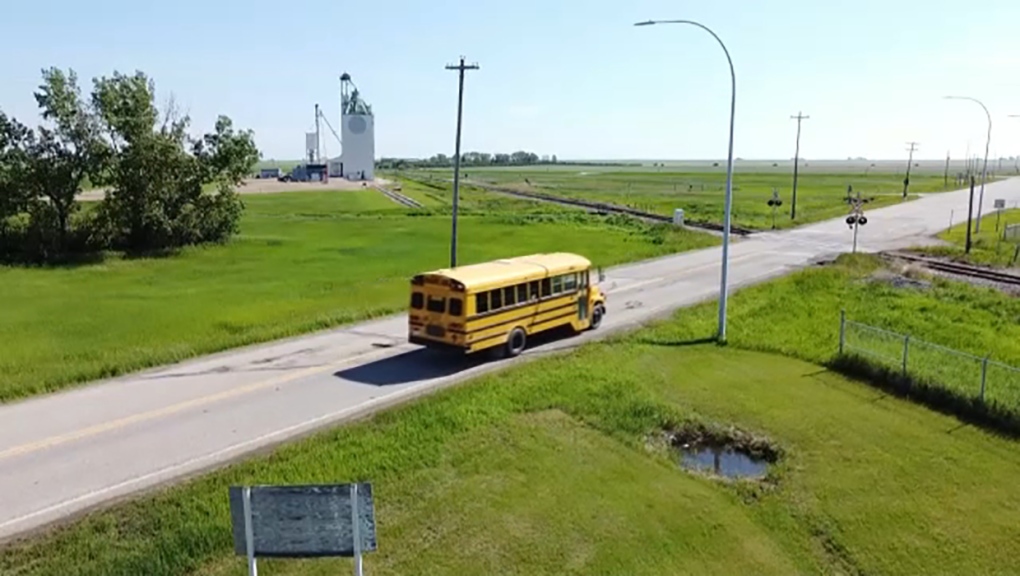 His focus was always on the road, watching what was happening, keeping the kids safe. People in the community say his attention was constant.

"Honestly, it's been the last few months since I've decided to retire that it really hits home, what a huge responsibility it really is," said Poffenroth.

"There's traffic that upsets you, there's all of a sudden your wipers start to freeze up on you -- there are things that upset you but you really do have to stay focused," he said.

"You have to kind of show the kids that this is not an issue. We're going to get through this. It's just another day."

It wasn't always easy. Blizzards, hailstorms and fog all created dangerous days that required all Poffenroth had to give. It was a lot.

He said there was one left turn onto Highway 9 south of Beiseker that could be frightening in heavy fog.

"There was mornings that you couldn't see 50 feet out in that - you'd keep your door open, your window - try and try and listen for something," he said. "He'd look into the mist for signs of headlights and just hope drivers had them on.

"At the end you just had to take a chance."

But his perfect record shows whatever he was doing worked.

"I thank the Lord for watching over me every day. I really do."

Times have changed some. The buses offer a smoother ride with fewer big bounces for kids in the back seat.

"Murray had a longer bus and if you sat at the back and you hit a train track or whatever, you'd bounce a foot and a half out of the seat with no seatbelts. You know back then it was actually just fun," said Curtis.

It's also become quieter as buses modernized and provincial regulations allowed fewer kids on board. Now he says kids are often so focused on their phones or music, sometimes a whole trip passes with hardly a word.

"I've got a very good bunch of children on the bus. They're just excellent and they've got an excellent set of parents backing them up."

He said he couldn't have made it all those years without his family, especially his wife, who often had to take over his work on the farm when it was time to leave for school.

As for retiring after all this time, he said there are some mixed feelings.

After wearing out eight school buses and driving more than an estimated 1.6 million kilometres, he's earned it.

A well-known real estate agent and media personality in Brampton, Ont. has been viciously attacked in broad daylight in his own driveway by three men, two of whom appear to be wielding an axe and a machete.