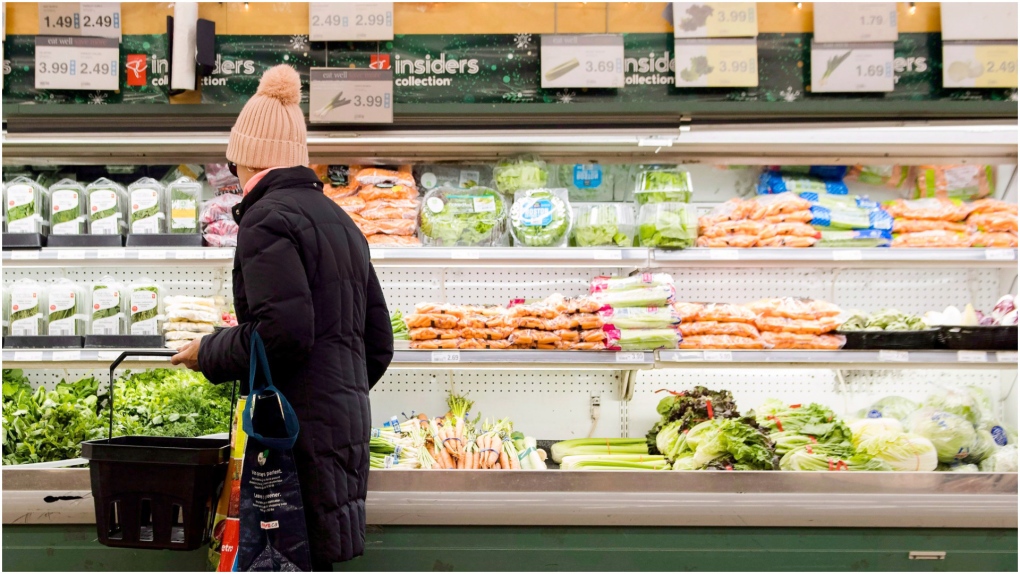 CALGARY -- With a rise in awareness of the health and environmental impacts of food production—from plant-based meats to vegan options— consumers are faced with many choices at the grocery store.

Canadian regulations require food labels to include a nutrition facts table and list of ingredients, as well as information on country of origin and expiration dates. Any food label that promotes health benefits or other types of verification are not government regulated.

Terms like 'GMO-free' and 'raised without hormones or antibiotics' are just some of the labels used on food products, and those in the agricultural industry are hoping to help consumers make informed food choices.

In Canada, growth hormones are approved for use in beef cattle only — meaning that any pork, poultry, or dairy product advertising 'no added hormones' is required to include a disclaimer informing consumers that all products from that species do not have added hormones.

Added hormones in beef cattle are used alongside the animal's naturally occurring hormones to improve the efficiency of the conversion of feed into meat.

Tim McAllister is a principal research scientist with Agriculture and Agri-food Canada and said added hormones in cattle can result in positive environmental impacts.

All of which help reduce the agricultural industry's carbon footprint.

"Greenhouse gas emissions in the form of methane are reduced, as well as the cattle are ready for market sooner," he said.

Antibiotic use in animals requires a veterinary prescription and can only be done for disease prevention or treatment.

Approval of an antibiotic is contingent on passing a strict regulatory process.

"They have to generate scientific data to test things out and define the parameters that represent the drug half-life within the animal system, how long it persists, and how quickly it declines," McAllister said.

"That's in addition to all the safety-related items, any antimicrobial that causes any kind of red flag with regard to implications for human safety is automatically not allowed into the market."

Each antibiotic has a withdrawal date which outlines the amount of time it takes for any drug residue to reach a level safe for human consumption.

In Canada, the acceptable amount of antimicrobial residue is zero, meaning that every animal — whether it received antibiotics or not — will be free from antibiotics even before slaughter.

An increasing number of food labelers are choosing to advertise their products as free from genetic modification (GMO-free), yet some of the foods being advertised as such may not have a genetically modified counterpart.

Items such as salt, cat litter or dairy products have been advertised as GMO-free, yet have no genetically modified counterpart.

Food labelling like this can cause confusion among consumers who may not know about genetic modification technologies.

No negative health effects from regulatory-approved, genetically modified foods have been reported to Health Canada or the World Health Organization since the first GM food was approved for human consumption nearly 30 years ago.

"I'm not really aware of any convincing data that's out there, that would suggest that any of the approved existing traits that are in crops pose any really significant threat from a human health perspective or animal productivity perspective," said McAllister.

McAllister adds that when it comes to purchasing preferences, consumers should be aware of the trade-offs that are associated with the food that they eat, this way they can make informed eating decisions that fully align with their tastes, values and ethics.

Christine Suominen has spent her life surrounded by agriculture, growing up on a mixed cattle and grain farm and being involved in 4H before receiving an agricultural biotechnology degree from the University of Lethbridge.

She said she embraces varying styles within the agricultural process.

"I follow people that are vegan and I follow people that have a grass-fed beef project and a lot of the people in the conventional agriculture culture," Suominen said. "I think the variety also helps you see where you want to fit — we get to choose in this world which is pretty great."

Marketing strategies of certain varieties, like being raised without hormones or genetic modification, has caused some to question how their food is produced.

Suominen said consumers should abide by an old agricultural adage — ask a farmer.

"I really wish that consumers would trust farmers, I think that there is a lot of science behind what they do and I think a lot of them are very well, especially in our day and age, they're very well educated,” she said.

For consumers who have questions about agriculture and food production, Suominen encourages them to attend open farm days or reach out to a local farm.

"If you find one in your area, message them and say, 'Hey, I'd love to come out for a tour, or just teach me some things about what you do on your farm,’" she said. "Most of us are more than happy to chat, I think we want to have a respectful conversation but I think we want to also have our story heard."