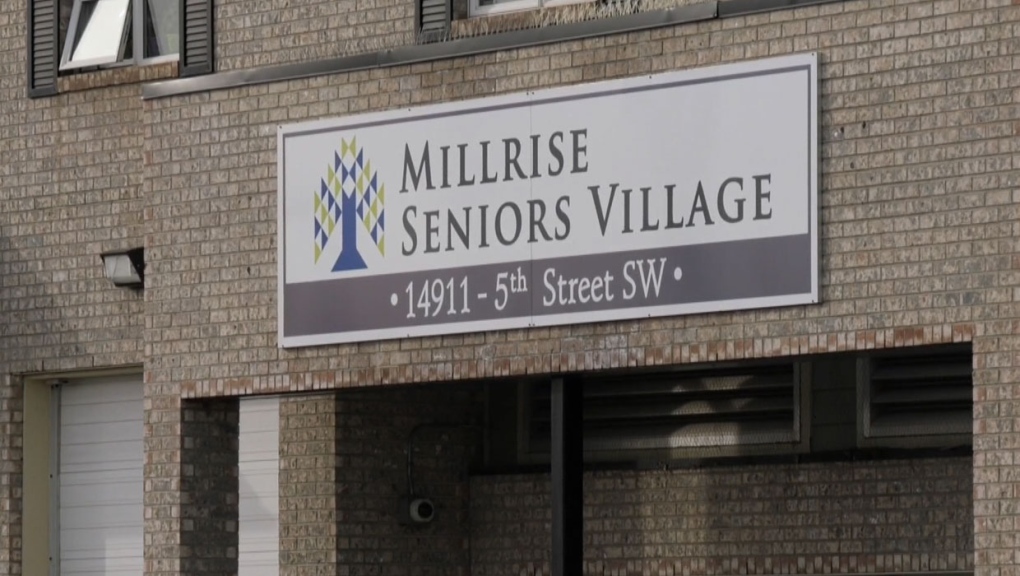 Seniors advocates are worried about the residents once AHS and AgeCare step back from their role at Calgary's Millrise Seniors Village.

CALGARY -- Almost a year after Alberta Health Services stepped in to help a Calgary long-term care facility, the agency has cancelled its contract to provide assistance.

Staff and residents were informed of the decision via a letter last month.

"After a period of assessment by AHS of the operations at Millrise Seniors' Village, we have determined it is in the best interest of residents that AHS end the contract with Millrise Seniors Village 3 Limited Partnership, the service provider of the facility," the Jan. 25 letter read.

AHS took over operations at Millrise last May as per the directions of a ministerial order. Officials made the decision after they had become concerned with the care home's ability to cope with a COVID-19 outbreak that had sickened 25 residents, 12 staff members and killed four people at the time.

Before the decision was made to take over, family members of residents said the COVID-19 protocols at Millrise were lax.

AHS enlisted the help of AgeCare to provide day-to-day operations and has since said it is "impressed" with the third-party contractor's work so far. It also said that Millrise will not likely be able to provide proper care to residents at this time, but has pledged to work with the operator over the next six months to ensure a proper transition.

"We are focused each and every day on ensuring you and your family are provided with high quality care and support. There will be no changes to care or services during the six-month transition period." 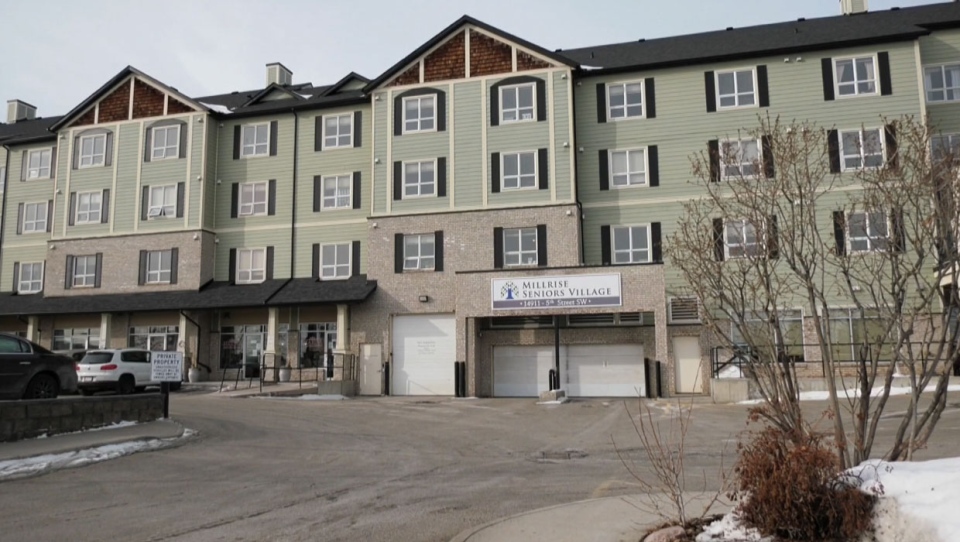 'NO ONE WILL BE HELD ACCOUNTABLE'

News of AHS relinquishing control of the facility has one seniors' advocacy group concerned that Millrise's managers haven't learned the lessons they needed to.

"Millrise was so publicly outed that they were giving less than acceptable care, but they have not made the supreme effort to change because they know there is no accountability in the system," Ruth Adria, chair of the Elder Advocates of Alberta Society, said in an interview with CTV News.

"When AgeCare leaves, they will just walk away," she says. "No one will be held accountable (and) there will be inferior care, unacceptable care.

Even though it has given six months' notice, AHS says it won't return responsibility of running the site to Millrise until it knows the organization is "fully capable" of caring for its residents. AgeCare is also on board to maintain service for now.

"AgeCare has agreed to continue to provide the same excellent level of care you have been receiving since it assumed operations of Millrise Seniors' Village," AHS said. "AgeCare has been instrumental in enhancing the on-site operations and creating an environment where staff are fully supported."

The province adds it will continue to work with Millrise and update residents, families and staff on all the developments at the long-term care facility.

CTV News has reached out to Retirement Concepts, the parent company of Millrise.

When asked for comment, AHS reiterated comments made in its letter.

The contract officially ends on July 29. 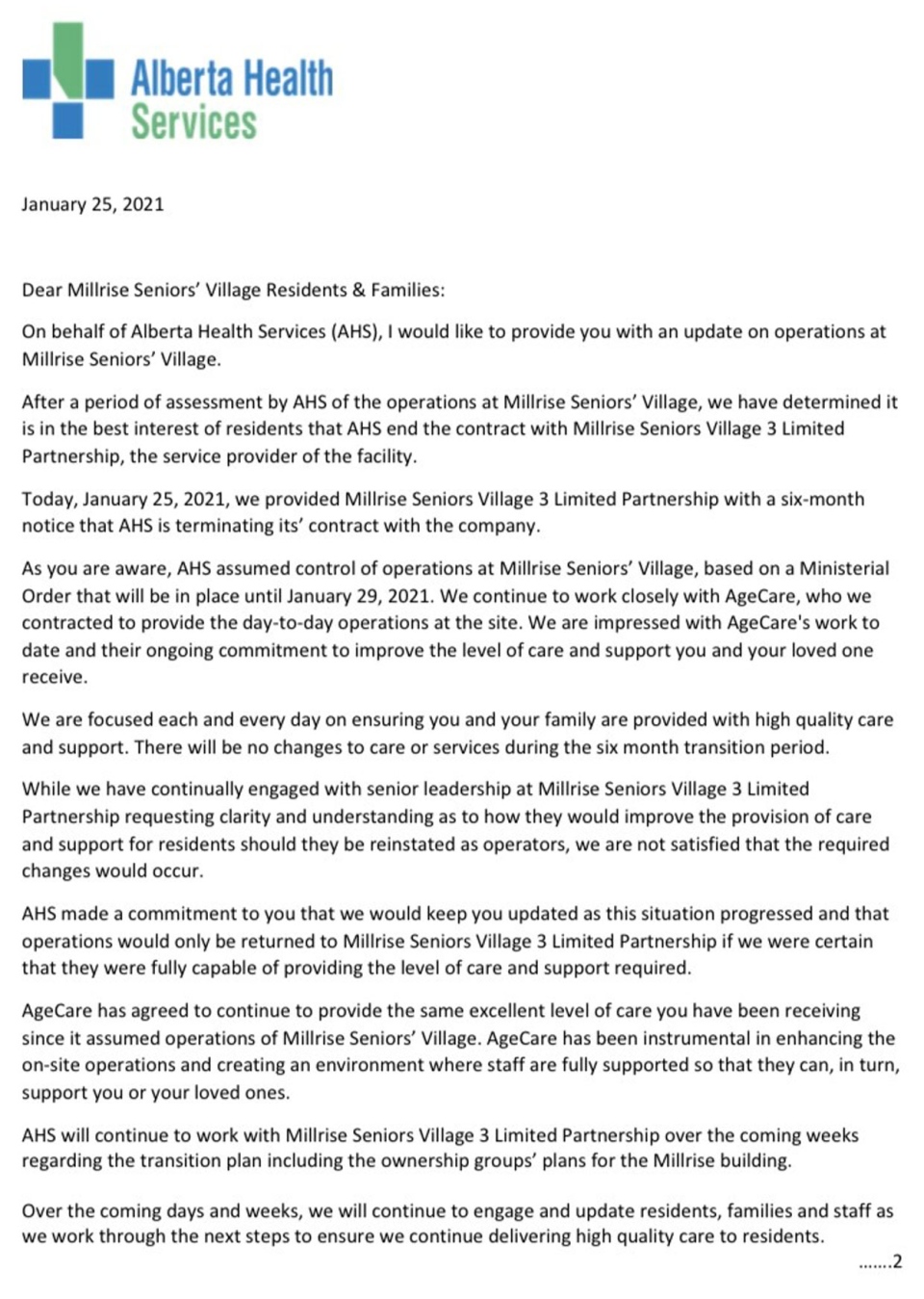 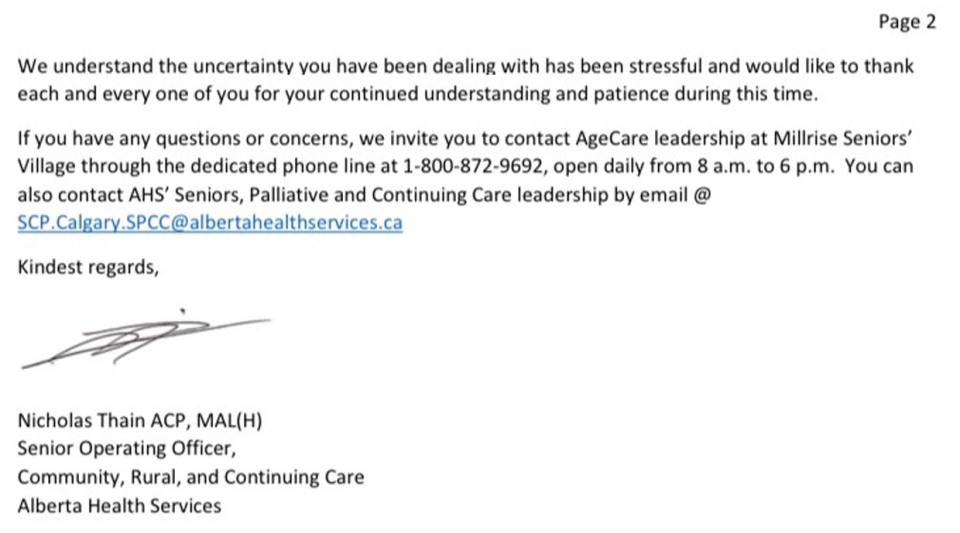