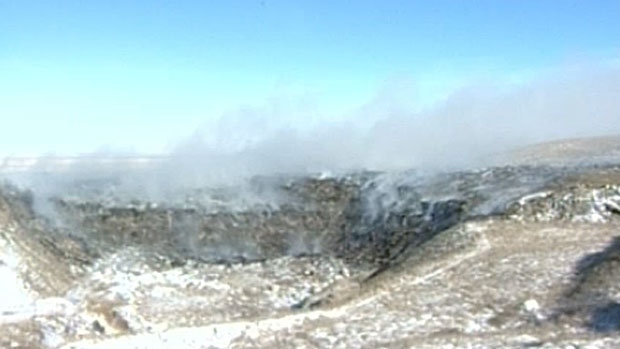 Officials with the City of Medicine Hat have expanded an air quality advisory to include the community itself.

A local state of emergency continues in Cypress County and an air quality advisory issued for the area has now been expanded to include the City of Medicine Hat.

Officials in the city issued an air quality advisory earlier this week due to the risk posed by the smoke coming from a fire at the Westar landfill.

The fire is about seven kilometres east of the community and is billowing toxic smoke.

Medicine Hat officials have brought in a mobile air quality monitoring unit into the city limits.

Alberta Health Services say that there is a noticeable smell of smoke in Medicine Hat, but there is no significant health risk at this time.

However, people with sensitivities and pre-existing respiratory conditions such as chronic obstructive pulmonary disease, heart problems and asthma could be impacted.

They say the fire is burning deep underground and no amount of water has been able to put it out.

The landfill is full of construction material and debris from June’s flooding.

A total of ten homes have been evacuated in connection with the advisory.