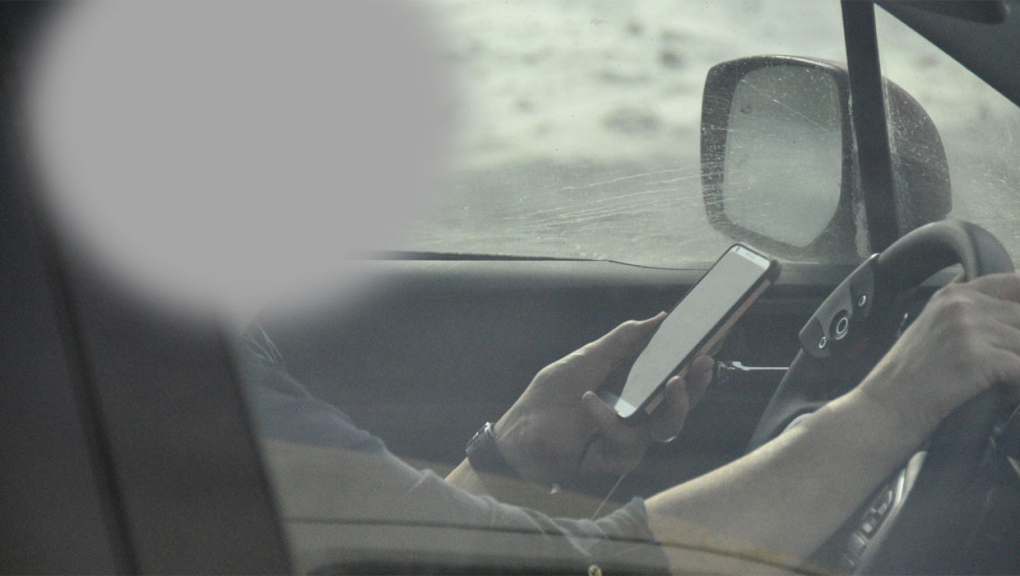 Between Feb. 20 and 21, Airdrie RCMP cited drivers with 79 violations, including 45 tickets for distracted driving. (Supplied)

CALGARY -- Police in one southern Alberta community are reminding drivers to be safe on the road and put down their cell phones while behind the wheel after a campaign last week.

Airdrie RCMP say, on Feb. 20 and 21, officers carried out an anti-distracted driving operation.

Using a covert police vehicle, they were able to take photos of drivers who were using their phones while in traffic and issue 79 violations, including 45 specifically for distracted driving.

Under current Alberta law, drivers caught driving while distracted are given a $287 fine and three demerit points.

There were 23,439 distracted driving convictions in Alberta last year.

Airdrie RCMP say they are committed to improving road safety and remind drivers to always put their cell phones away while driving.